Onions waiting on “shrink” and Mexico

“Last year was a bumper crop of onions and this year, it’s probably pretty close to average, maybe slightly less, on supplies,” says Jared Gutierrez of Columbia Basin Onion LLC., a grower/shipper based in Hermiston, Ore.

He adds that many regions across the U.S. had weather issues from rain to cold to a long winter which affected the initial crop. “In the Northwest for example, the cold lasted way into planting season and everyone was delayed in planting,” says Gutierrez. “And we had a decent summer but we didn’t have enough heat units to finish up properly.” That leads to issues such as weaker skins, etc. on the onions. 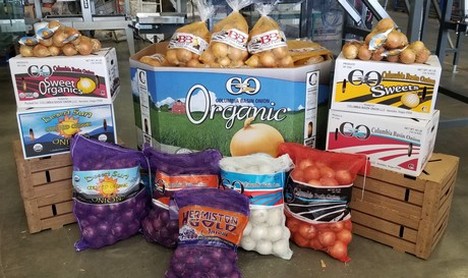 The shrink factor
Those weather issues may also factor into the onion “shrink” while in storage. “The cold that hit the Northwest is what causes some of that shrink to happen because it shortens the life span of an onion considerably. The word out there is that the “shrink” is up higher and we’re grading harder to put out a good, finished product,” says Gutierrez. “And that’s more removal from the supply on hand.”

He also adds that the yellow crop was likely more affected since it’s the last variety to harvest. “Some of the whites were okay but some were tough because they weren’t able to finish due to the rush of planting late yet harvesting at the same time,” says Gutierrez.

What is also more imminently about to influence the market though in North America is the start of the Mexican onion season. “What will affect us here soon is the white market from Mexico. That’s their normal window—the beginning of February,” says Gutierrez. “We’re hearing that a lot of the supplies will stay down there but there’ll be some that will come across.”

Yet, there is uncertainty about Mexico’s supply given what happened last year. “Last year we saw something we hadn’t seen in a long time and that was that the Mexican market was better than the U.S. market,” says Michael Davis of Tex-Mex Sales LLC in Weslaco, Tex. “A lot of the product from Mexico stayed in Mexico. One way Mexico gets onions in the fall and winter when it’s short domestically is by buying out of the Northwest in November, December and January in years past. With the market at $7-$9 FOB for medium or jumbo yellows in the Northwest, Tampico (Mexico) onions normally exported to the U.S. are a cheaper alternative if there’s an onion shortage in Mexico coming into the spring. So if there’s not enough supply, they’ll buy out a lot of onions slotted for export to the U.S.”

And then there’s the start of the Texas season. “We’ll start lightly in March and then in April we’ll get going in Texas and have regular product through to mid-May,” says Davis. “The Texas crop looks really good right now. We’ve had great weather. It’s been really warm so I see the onion crop ahead of schedule.”

At the same time, demand is likely to pick up too after a traditionally slow January. “Demand is slow for onions but that’s normal,” says Davis. “In the onion business, especially after the holidays when people can’t get covered, people start to run more onions and then demand and prices are good and people get caught up and demand slows down which is normal for the end of January.” 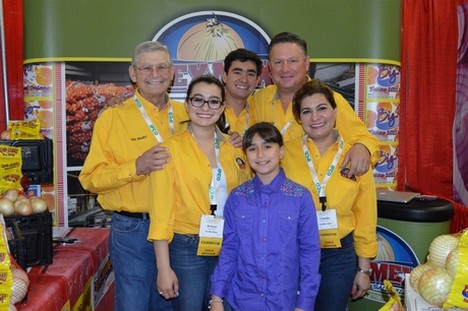 Pricing meanwhile is described as good. “Last year was a little higher at this time but last year was a good year because other regions had their issues,” says Gutierrez. “Pricing was on the lower end throughout the fall and into winter. It took a jump this year. And with the shrink in play, that usually gives it strength.”

Pricing in Washington, says Davis, is $8 on jumbos and $9 in Idaho for jumbo yellows; medium yellows are $7-$8; colossals and supers are $9-$10; on whites, it’s $12-$14 in Washington and $14-$16 in Idaho; reds are $5-$6 in Washington and slightly higher in Idaho. “The pricing structure for the Northwest is good right now and this is the time of year where we can see if they can hold that pricing structure,” says Davis. “If they’re shrinking a lot, they’ll hold those prices pretty firm. It’s wait and see right now.”