The onion market is a bit unsure right now about how things are about to move.

“We’re in an unusual spot for yellow onions particularly because there were a lot of supplies early on, especially during harvest back in August and September,” says Jessica Peri of Peri & Sons Farms in Yerington, Nev. “There were talks of the market being depressed for most of the year due to the overabundance of supplies. But now that’s starting to change. It might have something to do with the weather that occurred mostly during the harvest time.”

Back in the fall, Northwestern crops were thrown some weather curveballs with parts of Washington undergoing freezing temperatures which affected some of the crops. On top of that, Idaho and Eastern Oregon also had rain and cold as well during harvest. “I think just now we’re starting to get impacted by those events,” adds Peri. 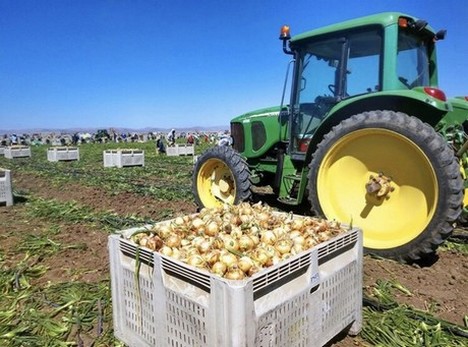 In turn, demand for yellow onions is strong, notes Peri. “Demand is more than what we normally have and open market pricing for yellow onions is increasing,” she says. “It’s going up slowly and it will be a steady increase. We’re already seeing .50 cent jumps per 50 lbs.”

Tight on whites
While there hasn’t been much movement in the red market, white onions are also tight on supplies. “There’s just not a lot of volume,” says Peri. “There’s been some demand from Europe which isn’t typically the case. We haven’t seen demand from Europe in years. And Mexico continues to buy white onions. They’ve had a shortage which is why they purchase so much from the U.S.”

The white market is also continuing to go up in price and is already higher than usual.

However with Mexico entering the market for white onions this week, things are beginning to shift. “Demand from Mexico for U.S. product is slowing down as they have their own supplies,” says Peri. “At this point I do not think Mexico supplies will hit the U.S. market as Mexico is gobbling up the supplies as quickly as they are being packed. U.S. supplies of white onions are still limited so #1 Product will still demand a premium price.

Mexico’s influence on yellows remains to be seen. “I think we’ll continue to see yellow onion pricing strengthen and go higher than what it is now. However, if Mexico decides to bring product across to the U.S., then that puts pressure on our supplies. If they don’t, then what I’m seeing is Mexico needs those supplies.”

Sweet onion availability
Alongside these conventional crops, Peri continues its work as well with its Sunions brand of tearless sweet onions grown in Nevada. “The crop is in really good condition and we’ll continue to have supplies into March,” says Peri. 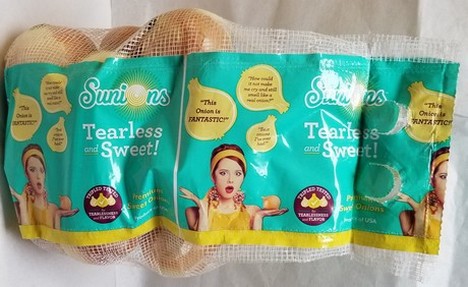 She notes the onion has picked up significant momentum, particularly in bagged product including a 2 to a 5 lb. bag and in club stores, which carry larger bags. “We’re capturing more market share every year—this year more than last year,” she says. “There’s demand for us to plant more acreage and as the demand comes in, we will add acreage.”