A large proportion of the garlic grown in Peru is grown in the southern region of the country. This is also where White Lion Produce grows their garlic, and their main export markets are located in Mexico, Brazil, the United States, and Australia.

Byron Machuca, the company’s sales manager, says: “The Peruvian garlic season for exports runs from September to January. There are usually some small volumes available in July and September, but we don’t participate in that, due to the fact that the grades are generally quite small. This year’s harvest started on time, and the majority of the harvest happens in November and that went well for this year.” 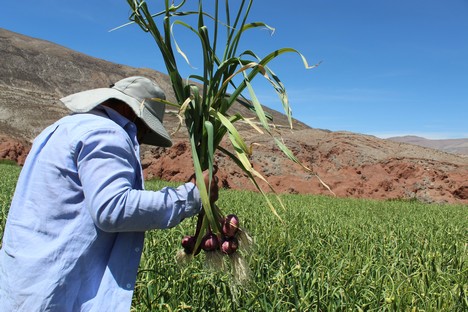 Small sizes
The season has been regular in terms of volume, but sizes have been smaller than usual, says Byron. “The volumes have been average, but the sizes have been a bit smaller this year and we are seeing a shortage in the larger sizes. Some specific markets, like Mexico, have high demand for the larger grades, and there’s been difficulty in supplying them. There’s not really a specific reason for this – The weather could be one of the factors, since there was an extensive cold snap two months prior to harvesting, which created issues with foliage born illnesses.” 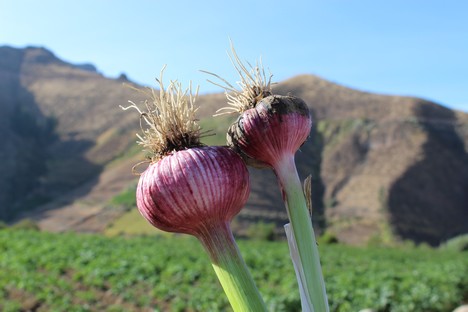 Expansion of US market
Due to the high tariffs imposed on the garlic imported from China, the U.S. market has opened up more for other suppliers. “We have seen an increase in exports to the U.S. because of the tariffs. But, it hasn’t been overwhelming for Peru. This is because the U.S. market demand is mostly for pure white garlic, and we don’t produce this variety. The white garlic comes mostly from China, Argentina, and Spain, and so the U.S. market prefers getting their product from these origins. Other origins like Peru, Egypt, and Mexico work mainly with colored varieties and so we get lower prices on the U.S. market,” Byron says.

New variety: Purple Fire
White Lion Foods has been working for the past three years to develop their production of a new garlic variety: Purple Fire. Byron explains: “Purple Fire is a new garlic variety that is grown only in the Peruvian highlands. It is grown and harvested at around 3,000 to 4,000 meters above sea level and this location gives the garlic a deep purple color. The color is almost comparable with a red onion in its intensity and there are really no other kinds like it on the garlic market.” 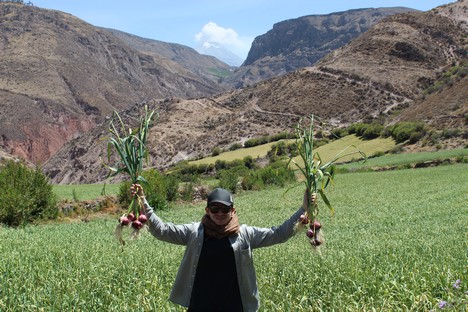 The demand for the new variety has been outstanding, but it is difficult to expand the production to meet the demand. “From factory to field it takes about 6 hours by car, and there are no paved roads. So, it is very difficult to work with this variety, and we can only send small trucks that carry about 4 tons a day. The product is also grown on multiple smaller fields, rather than on larger extensions, to accommodate the area. The great thing about the area, though difficult to reach, is that nothing else is grown there so there is really low risk of cross-contamination and we barely need to use pesticides. So far, we’ve been seeing high demand for this variety, but we are only harvesting about 180 tons worth this year, so we don’t have much supply,” Byron says. 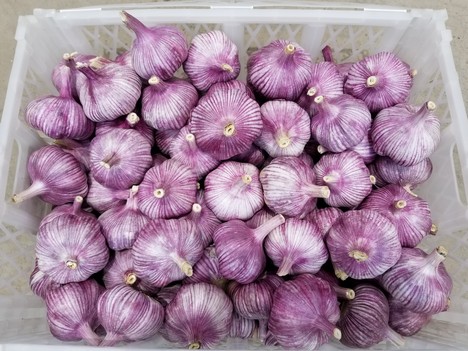 “Our market research has shown us that there is high interest in Canada for purple garlic, so we are looking at expanding into the Canadian market. We would like to expand our production of the Purple Fire garlic, but the location of the field makes it logistically very complicated. But overall this new variety has been really well received, and all the efforts that go into growing it in such a challenging location are being rewarded,” Byron concludes.