Reports of domestic sweet potatoes supplies across the country are mixed.

“In Louisiana, as far as the year-round supply, it is tight. There is no carry over from last year and the crop was just average, almost below average,” says Matt Garber of Iota, La.-based Garber Farms. He adds that different parts of Louisiana got hit with different types of weather which in turn affected different stages of sweet potato growing. “Early rains were an issue and then central Louisiana got hit with some heavy rains for example. And then there were some droughts,” says Garber. “Everything had an affect on the overall harvested amount of potatoes.” 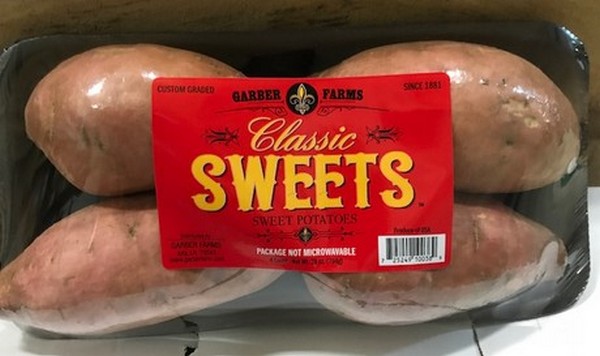 In North Carolina, Sam Parker of Wendell, NC-based Gulfstream Produce Inc. reports that its supplies are similar to last year’s. “We had a very dry growing season though so that put us into late harvest,” he says. “But the yield was slightly above average, even with the adverse growing conditions.” He does add though that Gulfstream has a farm in Georgia and potatoes there are down in volume. “There doesn’t seem to be as many potatoes there—that’s what the FOBs show for the last two years,” Parker notes.

On the West Coast, rain also had an affect on the crop out of Central California. “We have some quality issues due to that. The yield isn’t where it should have been,” says Frank Mesa of Garcia Farms Produce in Livingston, Ca. “We were late going in and had a late harvest. We had a great growing summer weather wise. But things didn’t yield the way they should. It’s unusual so supplies are a little bit off, about 15-20 percent.” He notes that while harvest usually begins in late July, this season didn’t begin until late August into early September.

Demand stays steady and strong
In Louisiana, Garber notes that demand was as expected. “We moved as many sweet potatoes for Thanskgiving as we could handle,” he says, adding that lots of ads around Christmas also means the demand isn’t likely to drop anytime soon. “There’s still a lot of cooking and a lot of eating going on through New Year’s. So up until New Year's, things stay pretty strong in demand and then it slows down into January to a nice steady pace,” he says. 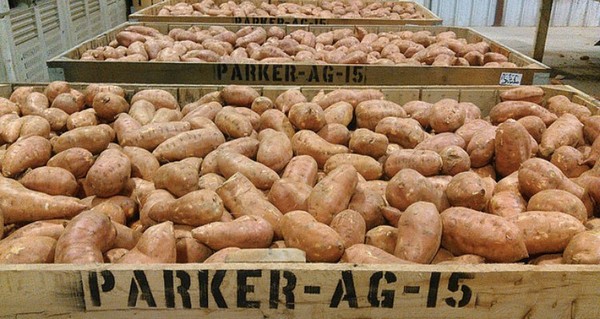 Parker in North Carolina notes that while demand was strong before Thanksgiving, demand for Thanskgiving itself was average. However he does note that demand is still high from the processing market. “So for chips, cubes, purees, etc.,” says Parker. “There is tremendous product development on that end that always helps and drives consumption at home and at restaurants.”

Demand is also strong in California, even despite some of the quality issues that have arisen due to those rains. “The rains caused the soil to compact a bit more than normal which caused some scarring,” says Mesa. “There’s nothing wrong with the product but it doesn’t look as pretty as it normally does.”

He also notes that Garcia had to soften promotions for processors using jumbo sizes due to limited quantities of jumbo potatoes.

Pricing pushed up
Across the country, growers and marketers are reporting prices are stronger and fairly steady this year for sweet potatoes.

“Because there was no carry over nationwide and we had an okay crop, prices have remained on the higher side,” says Garber. “But it’s not necessarily high. It’s almost at a level where it should be. It’s higher than it has been because we’ve been below where we needed to be on pricing for numerous years.” 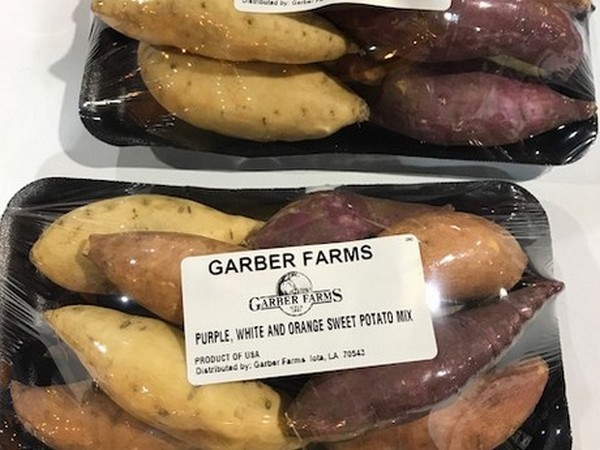 In North Carolina, prices are also above average. “Last year the price seemed to be lower through the holidays than where it needed to be and it created a supply shortage at the end of the year and high FOBs,” says Parker. “We’ve seen some adjustment in the market to a strong $18 FOB. I think if things are stable, we won’t see that spike at the end of this year.”

On the West Coast, prices are up in California as well. “But our costs have also gone through the roof. It seems like everything we do now has gone through the roof whether it’s equipment maintenance, irrigation costs, materials along with our labor,” says Mesa. “We’re almost where we should be. But we’re not quite there yet. The pricing is stronger this year though--probably up about 10 percent over last year.”