Supplies of onions are shifting right now in North America.

“A lot of the supplies have dried up in the last two weeks in California,” says Brandon Calandri of Calandri Farms Inc. based in Lancaster, Ca. He notes that the California crop overall had approximately five to eight percent more volume compared to last year.

Meanwhile, the Northwest is also seeing more production. “There’s a substantial increase in volume but what’s been interesting is a lot of people have such an increase in yields this year. They planted more acreage and they had record-breaking yields,” he says. He does note that a lack of storage though to house the extra volume became an issue and then soon enough, freezing hit the area. “So those onions did experience several freezes in the Northwest which is going to impact supplies in the Northeastern Oregon specifically,” he says. 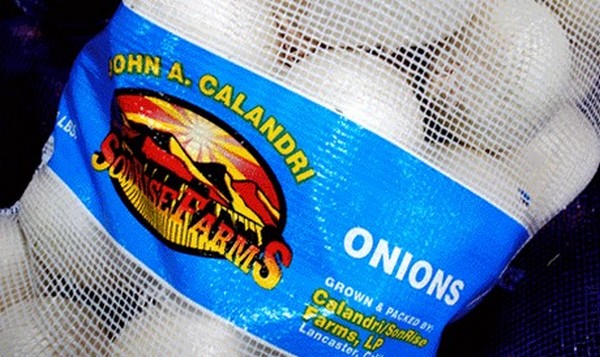 Mexico begins
At the same time, Mexico has also entered the market in the last 10 days, albeit with weaker volume than last year at this time. “With Mexico’s activity coming in, it’s going to fall back to what happens on the export market. In North America, we have too many onions to support our market. Our supply far exceeds the North American demand,” says Calandri. If exports to regions such as South America and the Pacific Rim pick up, things may change. “I’m fairly optimistic on the outlook of the onion market at this point from right now until at least after the first of the year,” says Calandri.

Meanwhile demand for onions seems to be down somewhat. “It’s not shocking because the economy is doing well right now and when that happens, there aren’t family dinners. People go out to dinner,” he says. “The onion industry always does better in weaker economies.” That said, demand is already picking up for the holiday season.

Altogether, this leaves pricing relatively weak. “People are trying to push it up and gain traction but it’s weak. Last year at this time it was double what it is right now,” Calandri says, adding though that he’s anticipating an increase in pricing in the coming weeks, though not to the levels where they were at last year.