"Maintaining the quality standards is the great challenge for Spanish onions" 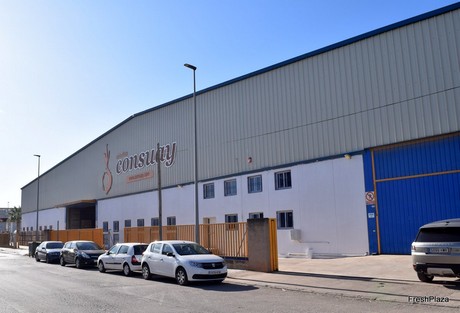 The Spanish onion campaign is moving forward with many complications this year. The main challenge will be maintaining the quality standards, but also remaining competitive as regards prices and logistics. This is what José Manuel Cervera and Carmen Martí, manager and head of quality of the Valencian company Cebollas Consuay, S.L., told FreshPlaza when we visited the firm's facilities in the municipality of Pobla de Vallbona.

“Last year there was a great shortage of onions in Europe, mainly due to the 50% drop in the Dutch production volume, and this caused prices to be really high. This year the situation is different; the area planted in Spain is greater and the crops have had good yields, which has led to the demand stagnating and to prices being unusually low, falling even below the production costs. Dutch onion prices, for example, are not being bad, compared to ours,” says José Manuel. 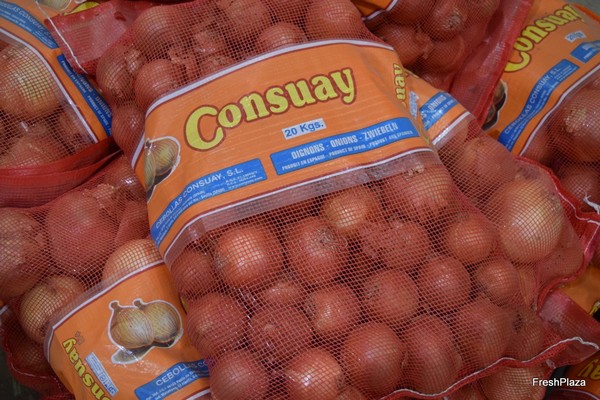 “This could change in the coming months; we are not losing our optimism. The closure of the Indian borders to onion exports will leave a gap in the market that other sources can take advantage of. However, as long as there are regular quality onions in the market, prices will not rise,” says the producer and exporter. 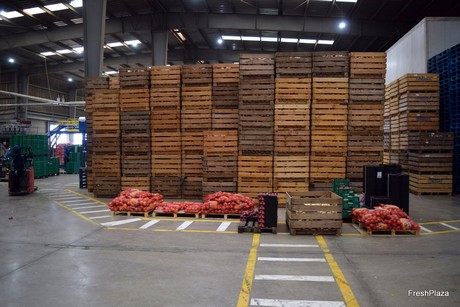 Cebollas Consuay, S.L. has 300 hectares devoted to its own production in the region of Castile-La Mancha and another 250 hectares between Córdoba and Seville. In certain periods, they import from other origins, such as the Netherlands and New Zealand, in addition to Peru, to be able to offer continuity to their clients. Their harvest of Spanish onions runs from April to late July in Andalusia and from mid-August to mid-October in Castile-La Mancha. 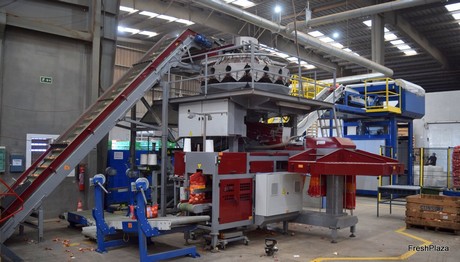 “The demand for sweet onions increases every year”
The onion varieties with which this Valencian company works are the Spring, Medio grano and Grano, and also sweet, red, white and pink onions, shallots and French onions.

It is worth noting that the demand for sweet onions in the Spanish market is increasing every year. "It provides added value and its consumption is growing and will continue to do so while we continue handling it well," says Cervera. "In Spain, we produce it in Murcia, Córdoba and Albacete, and at those times when there is no national production available we import it from Peru."

Specialists in the Spanish market
The sales of this company are mainly intended for large Spanish supermarket chains. “We are specialized in the Spanish market, although we also export to Germany, France, Sweden, the United Kingdom and Ireland, as well as to farther destinations, such as Brazil, Taiwan and Canada. In the Canadian market we compete strongly with the onions from the United States, which are very similar to ours and have the advantage of their proximity, but we find gaps for our onions at various times of the year. Saudi Arabia is a market with potential and where we are shipping more and more regularly.”

According to José Manuel Cervera, “the main competitor for our onions is the Netherlands, which has greatly improved its quality over the years and has a very efficient and organized logistics. In addition, the hardness of the Dutch onion varieties allows them to be handled with full automation, which greatly reduces costs.” Spanish onions stand out for their visual appeal and they are softer. 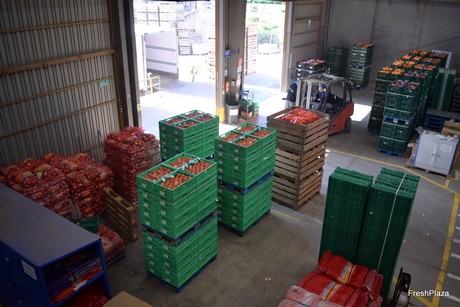 Organic onions and compostable containers
For about 3 campaigns, Cebollas Consuay, S.L. has been producing and packing organic onions for the domestic market. “This started as a result of the demand from some supermarket chains in Spain, since in the rest of Europe there is a sufficient supply and it would be difficult to compete. We always plant organic onions based on previous programs, since for now it remains a small market niche.

Onions are packaged in all kinds of formats, from 250 gram to 25 kilos and big bags. “We are investing to reduce the use of plastic in our containers as much as possible in order to make them more sustainable. We already have compostable meshes and labels for our organic formats.”

The future of Spanish onions will depend on the capacity to guarantee their quality
Maintaining the quality standards in the coming years appears to be the biggest challenge for the onion sector in Spain, according to José Manuel Cervera. We have increasingly limited access to products for the treatment of diseases, which are proliferating and making the production process tougher. In any case, research is being carried out to try keeping pests under control with natural procedures and with zero waste targets. There is a market segment that demands Spanish onions and that will not change as long as we continue offering a consistent quality.”