"Climate change could cut value of European agriculture 16% by 2050"

Changing weather patterns have once again had a damaging impact on Europe’s fruit and vegetable processors in 2019, as main producer countries have experienced extreme weather conditions throughout the summer season, with crop yields reduced to varying degrees depending on the region. 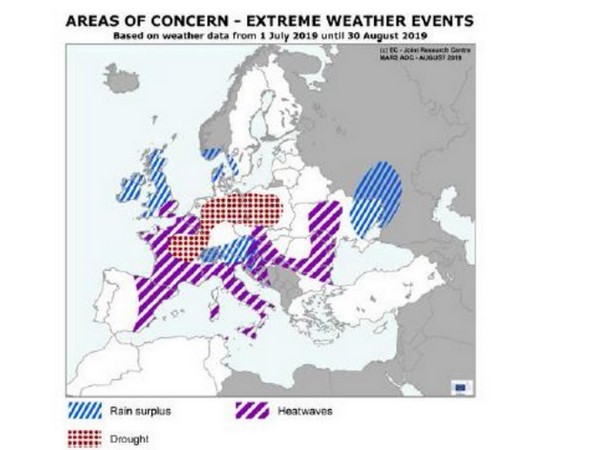 A recent report released by the European Environment Agency (EEA) predicts that climate change could cut the value of European agriculture by 16% by 2050 due to an increase in droughts and higher rainfall.

According to the report, climate change could turn the entire EU agribusiness upside down as crop productivity in the Mediterranean countries is expected to drop (by more than 80% by 2100) while northern and western regions may experience longer growing seasons and more suitable conditions for agriculture intensification. In particular, drought frequency will increase, especially in the Mediterranean during spring and summer, whilst land values could increase by 8% in western Europe and by an even higher percentage in the Nordic and Baltic countries.

The summers of 2017, 2018, and again 2019, are proof of this. Parts of Europe are faced with water scarcity or seasonal droughts, whilst others experience flash floods.

Throughout much of Europe the high temperatures had negative effects on summer crops. High daily temperatures, and the absence of an adequate water supply, negatively impacted pollination, while high overnight temperatures increased plant respiration and reduced net daily biomass accumulation. As a consequence, the yield potential fell. The situation was further aggravated in some European Countries where farmers were banned from using surface or groundwater to irrigate their crops.

No less than three heat waves were recorded this summer with temperatures reaching above 40°C in central and northern France, the Benelux countries, north-western Germany and parts of the Iberian Peninsula.

For the fruit sector in Europe, Greece experienced exceptional hail and thunderstorms which severely hit peach and apricot crops, with some 20% of areas affected.

Europe’s strawberry and cherry crops in particular saw losses up to 40%, and late frosts resulted in serious crop losses for raspberries and plums as well. While it is too early to predict apple crop yields, it is presently expected that pear crops will be below expectations.