The harvest of the first potatoes in Champagne started at the beginning of August and is expected to end around the 15th of October. “Generally speaking, we are having a rather average to decent year, both in terms of yield and quality. Some early varieties did very well but it will not be the case for some later varieties, due to unfavorable weather conditions. We suffered from the drought, like last year. Without irrigating, the situation could have been worse. As for the quality, we have heterogeneity with some very nice batches and some more modest. So in the end, we are able to supply the clients who look for excellence, while also satisfying those who focus more on the price,” explains Guillaume Liesch, from the sales department at Champ’pom. 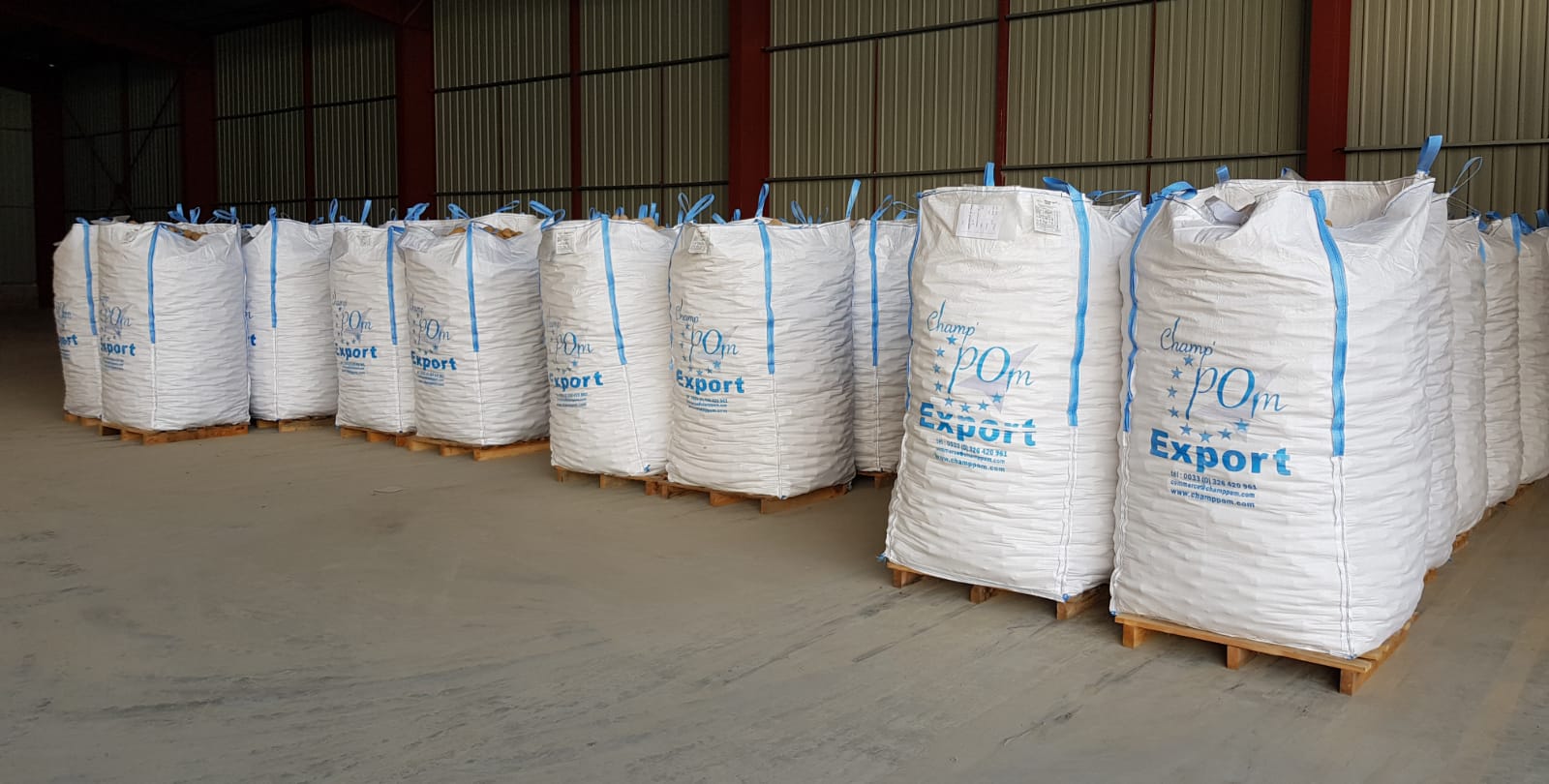 Innovation: a priority at Champ’pom
Staying informed about the new available varieties, and taking the time to test them on farms, fits perfectly with the strategy of the import-export company. “Olivier Delaitre, president of the company, dedicated 30 hectares of his farm to experiments on new varieties. He works in close collaboration with different plant breeders to identify the promising varieties. This year for example, we were particularly satisfied with the Primabelle, a sister of the Colomba, which is a very nice variety in terms of presentation and very interesting in terms of yield. It is starting to make a name for itself, and is popular in export. We harvested 1,000 tons of Primabelle in the different production regions (Champagne and Beauce) for a global yield of 55 tons/ha,” explains Guillaume.

A satisfying export demand
The demand in France is just now getting more firm, but Guillaume is rather satisfied with the export. “Italy started particularly early this year, which has almost never happened. We shipped our first trucks in early August towards Italy, and we are still going at the same pace. This is due to availability issues combined with a sustained demand. Now, Spain is starting to come around, which is also great news for us. They are indeed demanding clients in terms of quality with a high purchasing capacity, demanding especially the Agata and Liberta, the most famous varieties, mainly produced in Champagne. Eastern countries are also buying, with a certain stability in the demand which was still absent a few years ago. Indeed, Eastern countries only used to request one or two trucks occasionally, whereas now, they are clients to whom we deliver every week, with increasingly large purchases.”

“As for the demand on the French market, it has been rather calm since the beginning of the summer. It still is not extraordinary but slightly better thanks to the cooler temperatures. Nevertheless, French packers load the production contracts.”

“In terms of prices, everyone has now found his place”
For a few weeks now, prices have stabilized. “For export, we are selling on a basis of 220 to 270 euros per ton [241 to 296 USD per ton], and at this price, everyone finds himself, from the producer who can sell at relatively interesting prices, to the packaging site and the trader. But the harvest is ending, producers are storing potatoes in fridges. A cost that they will want to depreciate in sales (between 30 and 40 €/T [33 and 44 USD/T]). The end of the harvest is likely to be followed by a short latency period if prices do not increase, because producers will not want to sell, in order to depreciate the extra costs linked to refrigerated storage.” 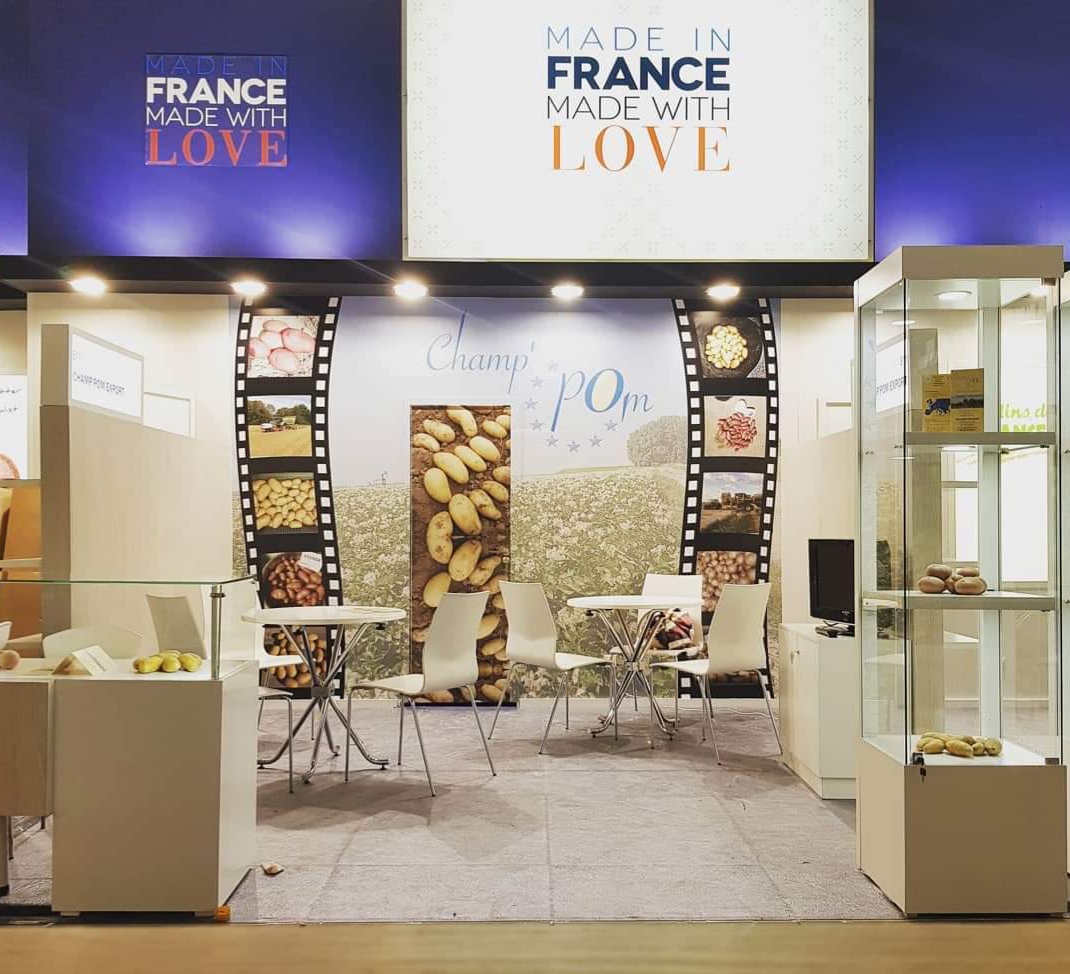 About Champ’pom
Champ’pom was created by Olivier Delaitre, a potato producer, originally. “His production surface was increasing each year, so Olivier decided to found his own trade company about 10 years ago. Today, Champ’pom sells about 40,000 tons of potatoes, a fourth of which comes from his own production. The rest comes from the different production areas in France. “We work at 40% on the French market and 60% in export. We also sell potato plants on the side, which allows us to accompany the producer from planting to selling,” concludes Guillaume.