The water situation looks better in the Boland and Cape Town but alas, that doesn’t tell the full story of the Western Cape: the Klein-Karoo has barely had rain or snow this winter and the dam levels are shocking: two important irrigation dams, the Kammanassie Dam and the Stompdrift Dam are 8% and 2% full respectively. The Poortjieskloof Dam is 0.2% full.

According to Agri Western Cape, many fruit orchards and wine vineyards in the Klein-Karoo have either already withered and died because of the drought, or have been removed to relieve pressure on extremely limited water sources.

The production of onion, carrot and beetroot seed in this important seed production area has been hit very hard by the acute shortage of irrigation water.

It’s not only fruit farmers, but also livestock farmers that are affected by a drought continuing for four years already. Natural forage for sheep died off months ago and the past few season oats, barley and alfalfa production has dwindled to almost nothing. 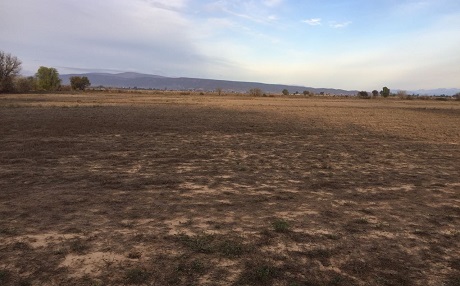 A field of alfalfa in the Klein-Karoo devastated by drought (photo: Agri Western Cape)

There are six weeks of winter left to make a difference, stonefruit and wine farmers in the Klein-Karoo tell FreshPlaza, but recent cold fronts from the southwest were weak, not making it far enough into the Cape interior for good rain over the Klein-Karoo.

“This isn’t the cold winter we were hoping for,” a Montagu stonefruit farmer says. “The fronts empty out over the Paarl mountains, and then over the Tulbagh mountains, but from Ceres onwards there’s barely any water.” The Brandvlei Dam near Worcester is 30% full, but generally the situation looks better on the southwestern side of the Slanghoekvallei. “Yesterday I drove up from Cape Town and it was raining all the way until Rawsonville, and then it just stopped.”

There is concern over some early stonefruit cultivars that have started showing signs of coming out of dormancy, but fortunately no reports of flowering. 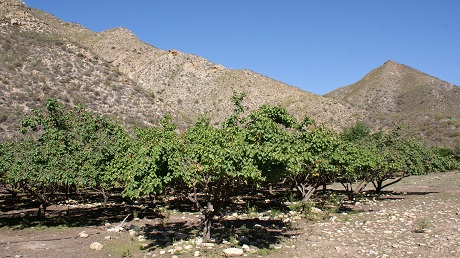 Normally there is no shortage of snow in this mountainous part of the Cape. In fact, Matroosberg, northeast of Ceres, at an elevation of 2,200 metres is famed for its snow, attracting snowboarders and skiers, but this season there is no snow on the mountain.

In the area residents say that it is a cold winter, but of a nature they’re not accustomed to: a dry cold, not the moist cold of the normal Cape winter. Farmers confirm that cold units are slightly up on last year.

“Everything looks dreary this winter, there’s not enough food for the animals and it is taking a toll on the community. Fortunately there’s another cold front predicted for Tuesday. We have had an entire season’s rain in a single day before.”