“Dutch potato market a bubble that’s about to burst”

According to Felix Molenaar of the eponymous potato company from Haarlem, the Netherlands, the table potato market is very calm. “That’s not unusual at the start of the summer, but it has actually been like this since February. We had temperatures of +20 degrees Celsius for ten days back then, and the potato quickly became less popular. People suddenly stopped eating hotpots, and consumption levels haven’t gone up again. The chips trade is hot, as are the ready-to-cook potato products, but it’s been a difficult market for table potatoes.”

“The media shouting that potatoes were expensive didn’t do sales any good either. It might’ve been a pricey potato year, but it wasn’t as if potatoes had become unaffordable. In fact, people barely noticed it in shops,” Felix continues. “The supply of new potatoes is now growing every day. The market was empty, so we managed to remain at a good level for a long time, but I think it’s a bubble that’s about to burst.” 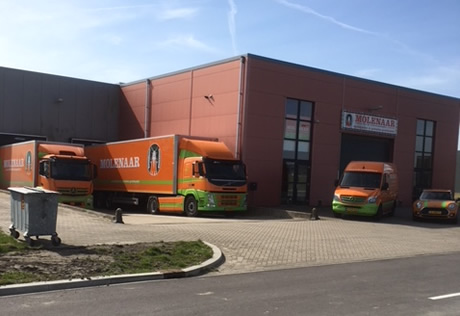 “With the weather as dark as it is and the occasional rain showers, we’ve had exceptional growing conditions. If this keeps up, yields will look very different from previous years. A lot of potatoes will become available from Europe. France and Belgium, for example, expanded considerably. On the other hand, anything could happen, from dry weather to too much rain and freezing temperatures. Besides, sales are primarily dependent on our neighbouring markets. After all, export is our bread and butter,” Felix concludes.