Hailstorms and strong winds in Emilia Romagna and Marche

The bad weather on 9th July 2019 greatly affected Emilia Romagna and, in particular, a hailstorm lasting only slightly over a minute affected both the countryside and hills in the Cesena area. 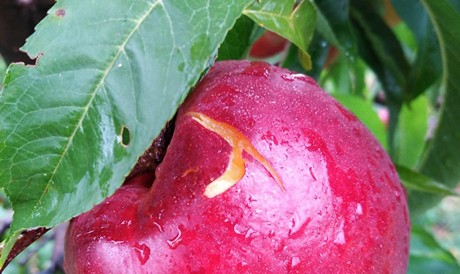 Gea nectarine damaged by the hail

As explained by producer Gianni Biguzzi "the event didn't last long but stones were as big as cherries. We still haven't fully assessed the damaged, but cracks are visible on Gea nectarines." 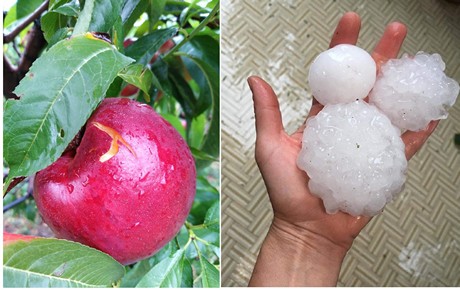 The Rimini area faced much worse, as hailstones that exceeded 5 cm fell in Bellaria - Igea Marina, San Mauro Pascoli, an area where there are a lot of vegetable crops. 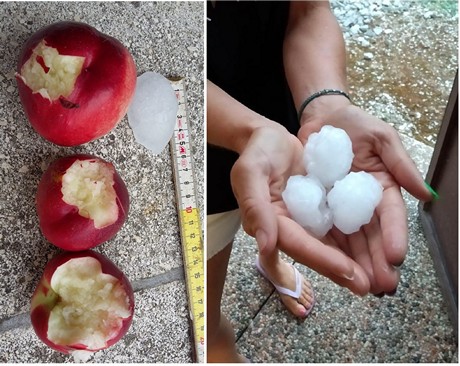 Damage on the Cesena hills

The Marche region was also affected, with strong winds swiping the coast and the hinterland as far as Ancona. A hailstorm hit the Pesaro area and damaged greenhouses. 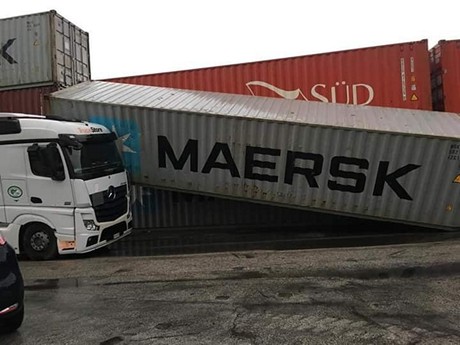 Overturned containers at the Ancona port (photo by Meteomarche) 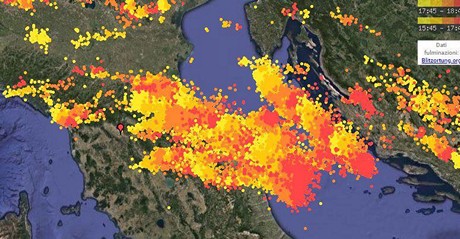 On 8th July, strong storms with hail had affected the Veneto region and Venice and Chioggia in particular.