Confagricoltura Foggia reports that the damage is considerable especially when it comes to fruit, but that it will take a few days to make an assessment.

Local producer Angelo Ippolito explains that "apricots, peaches and vineyards were the most affected. A violent hailstorm with strong winds destroyed much of the crops. Some hail stones were actually the size of an apricot."

Insurance surveyors arrived the day after and estimated damages to 95% of the crops. Producers were ready to start harvesting on July 5th.

Vegetables such as tomatoes were also affected. Another hailstorm on June 19th destroyed many hectares of cereal and vegetables in Candela (Foggia). 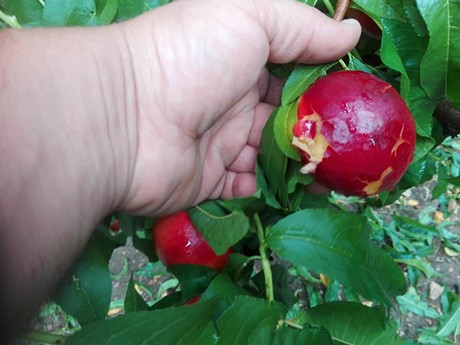 Thermal shocks, storms, violent hailstorms and strong winds are increasingly affecting our country and extreme weather events have increased by 62% compared to last year. A note from Cia Puglia reports that frost and six exceptionally-strong hailstorms have hit the area between Lecce and Foggia during the first 7 months of 2019.