"A good mix of retailers"

This past Saturday, the West Coast Produce Expo was held at the JW Marriott Resort in Palm Desert, California. It was a two-day event that started off with a golf tournament, farm tour and opening reception on Friday, May 10. On the second day, educational sessions were held in the morning and the event finished with a trade show in the afternoon.

About 170 exhibitors were represented at the trade show. Andre Bailey with Global Fruit was very positive about the show. “We exhibit at two domestic trade shows each year and this is one of them. I want to be here because I see a lot of West Coast buyers,” he mentioned. Comments from Jared Bray with West Pak were along the same line. “We see really good retail traffic at this show,” he said. “It’s a good mix of national retailers, Southern California ones and buyers from Mexico.” 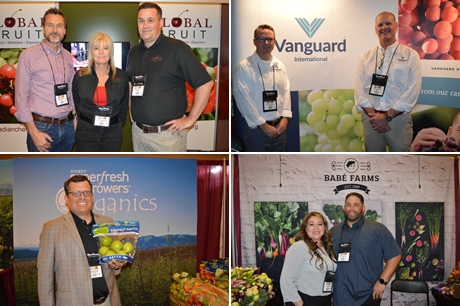 California dragon fruit
This trade show is well timed as many domestic and specifically California produce items are starting to come into production. The later California citrus varieties were on display. In addition, California strawberry season is in full swing and grape grower-shippers are looking forward to the start of the Mexico and California seasons. California stone fruit growers proudly showed peaches and apricots and kiwifruit from Chile and New Zealand is making its way to the US. California cherry growers are extremely busy with harvest, but Oregon, Washington and British Columbia cherry growers were present to talk about their upcoming seasons. While not in season, one of the more unique products represented at the show was California dragon fruit, which will be available from July until early December. 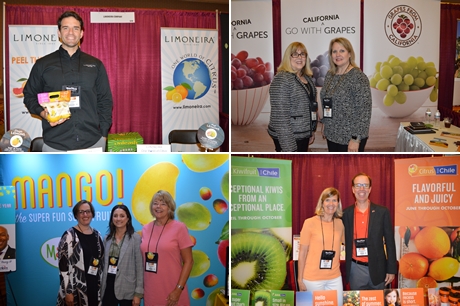 Although exhibitors were happy with the retail turnout, they shared that most buyers visited their booth in the first two hours. At 3:00 pm, three hours after the show opened, Happy Hour started and with that, traffic on the show floor decreased.

Next year, the West Coast Produce Expo will return to the JW Marriott in Palm Desert and will be held on May 29 and 30.