As summer approaches, cucumber growers are shifting and expanding their seasonal production regions. For SunFed, their spring cucumber season in Sonora will continue for some time, while it is also about to open up several more regions in time for summer. The company said its production area spans several regions which helps to negate any potential weather problems and solidify their year-round production.

"Currently we are finishing our spring crop out of Caborca and Guymas, Sonora, Mexico that will take us to the first week of July, shipping out of Nogales, Arizona," shared Frank Camera of SunFed. "We are also currently starting summer production that will ship from Weslaco, Texas. Our summer production will be grown on six different ranches located in several different states to help offset any weather issues that may arrive. The locations are San Luis Potosi, Zacatecas, Torreon and Michoacán. We have committed to growing on more ranches and in multiple locations, ensuring bountiful year-round supply." 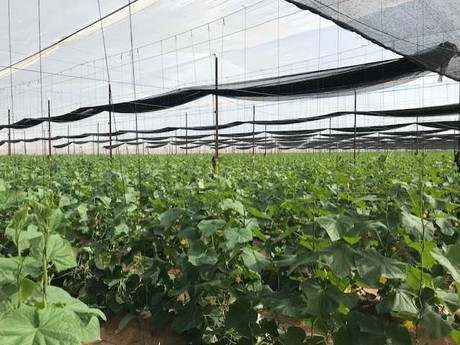 Market soft for now
Current cucumber prices are soft as production ramps up in the summer growing regions while the spring crops are still producing, making for plentiful supplies. However, according to Camera, this situation will likely change as summer begins. This is because summer production tends to be lighter for various reasons, while at the same time demand increases.

"The current market is weak but as western Mexican production winds down, we anticipate the markets to strengthen as they traditionally do," he explained. "At this time the market is still plentiful as the spring crop has five to six more weeks of production left, and the central/eastern Mexico crop is just starting. Historically speaking, the summer crop lessens due to production in the Domestic market making for a 'demand exceeds supply' situation."

Camera added that cucumber production in summer can sometimes be impacted by monsoon rains, however this does not affect SunFed's crops. "The weather is excellent at this current time, however the summer months bring in monsoon season. This creates a big risk for open field farming, but our SunFed cucumbers are grown in a protected environment." 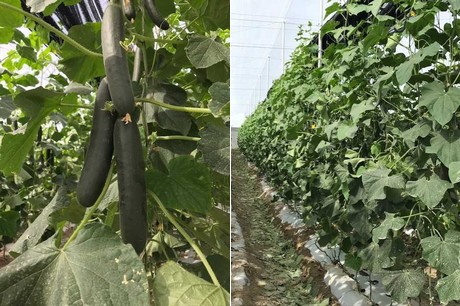 Texas distribution center helps with freshness
SunFed is based in Nogales Arizona, but the company has also been distributing produce through their facilities in Texas. Additionally, SunFed has worked to expand the Texas center as the volume of produce passing through increases. According to Camera, distributing through Texas complements the company's traditional home at Nogales.

"As we move regions, Texas is closer to some farms making it a quicker ride and ensuring fresher produce," he shared. "Having a facility in both Texas and Arizona ensures we are always crossing the freshest product into the closest facility."