From April 25-27, the Viva Fresh Expo took place at the JW Marriott San Antonio Hill Country Resort in San Antonio, TX. The three-day event included a golf tournament at the hotel’s TPC golf club as well as educational sessions and a welcoming reception in the lush hotel garden on a beautiful spring night.

On Saturday, the event finished with a trade show that gave 168 exhibitors an opportunity to show their produce items to (potential) buyers and industry peers. The regional show is known for its focus on trade between Mexico and the US. As a result, attendees saw lots of mangos, limes, papayas, pineapples and exotic produce items like guava. But the first stone fruit from California was also on display.

The trade show itself is only 4.5 hours long, which resulted in all attendees walking it at the same time. From the minute the show started, the isles were packed and it only became a little bit easier to navigate once Happy Hour started at 3:00 pm. 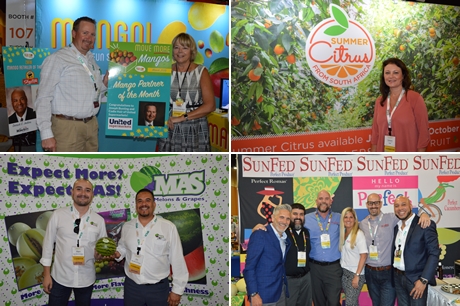 More buyers attend each year
Exhibitors were positive about this year’s turnout and mentioned that more and more foodservice and retail buyers find their way to Viva Fresh. “The show has really grown in the past three years,” mentioned Harold Paivarinta with Red Sun Farms. “The number of exhibitors is capped at 168, but the number of attendees continues to grow every year,” said Heidi McIntyre with Full Tilt Marketing. “This year’s expo brought in over 2,300 attendees, a big jump from the less than 2,100 we had attend in 2018," mentioned Dante Galeazzi with the Texas International Produce Association. "Further, we had 374 retail-foodservice buyers at this year’s event, compared with 334 the year before. Last year, about 1,600 people walked the show and this year, the number has grown to approximately 1,900.”

Some exhibitors felt that the trade show could be extended by an hour as that would provide more opportunities to speak with buyers. “The conversations were very short as foodservice and food retail buyers had to move quickly to make their rounds before the show finished,” some exhibitors commented. 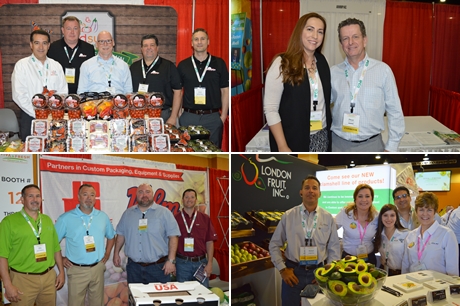 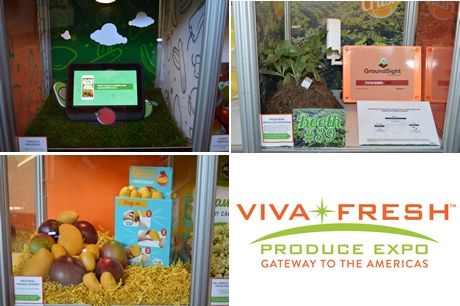 Top 3 winners of the Innovation Showcase.

"We are getting right back to work on planning the 2020 Viva Fresh and keep the Tex-Mex momentum rolling," finished Galeazzi. Next year, the Viva Fresh Expo will be hosted from April 30th until May 2nd at the same location - the JW Marriott San Antonio Hill Country Resort & Spa.