Last week, the annual trade show from the Canadian Produce Marketing Association (CPMA) took place in Montreal, Quebec. The event attracted over 300 exhibitors and about 4,000 attendees to Canada’s second oldest city. Canada’s largest produce show rotates between Montreal, Toronto and Vancouver and this year’s event was the biggest in Montreal’s history. Hotels were located close to the convention center Palais des congrès in Old Montreal, giving attendees an opportunity to stroll the little streets in between meetings and events. 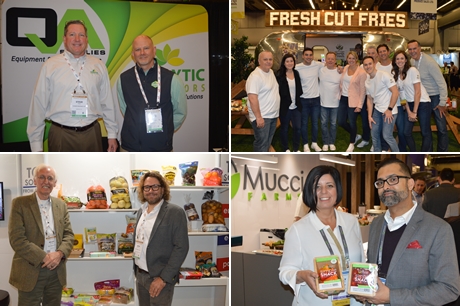 Busy first day
Exhibitors unanimously agreed that the first day of the show was very busy with high traffic on the show floor. “It’s an important show for us,“ said Ajit Saxena with Mucci Farms. “It’s close to home and we sell lots of product in this region. It’s great to meet people firsthand.” Although there was a good vibe on the second day, the number of attendees seemed to be lower, but exhibitors were still positive. “This show has an excellent Quebec presence,” said Mike Catalano with the Wonderful Company. “A large number of Quebec partners have come by our booth.” 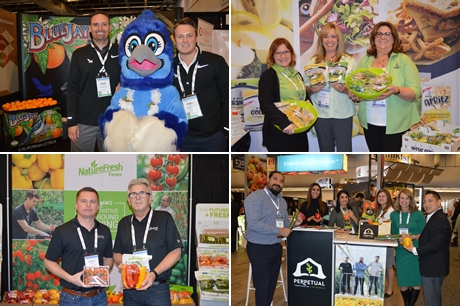 Plastics reduction
The big theme many exhibitors focused on was plastics reduction. Although recyclable and compostable packaging has been around for quite some time, it received lots of attention this year. Several new packaging items were part of the New Product Showcase that contained close to 40 new products. In addition to packaging, a number of new snacking vegetable items were displayed, including mini cucumbers and tiny tomatoes. Ontario-based Mucci Farms won the Freggie Award for its CuteCumber poppers and Sunset won the Best Organic Product award for its organic Angel Sweet tomatoes. Schur Star Systems won an award for its 'Zip Pop' Dual compartment Steam bag that contains fresh produce and seasoning in one bag, but in different compartments. Mann Packing won an award with its Caulilini® Sweet Stem® Cauliflower. 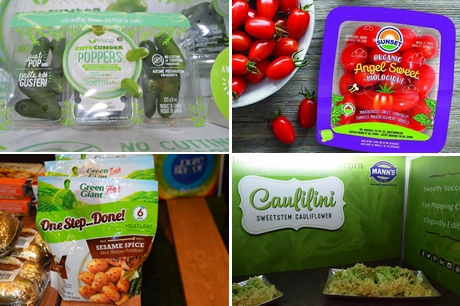 Mark your calendars for next year's convention, taking place in Toronto from May 12-14.