"Onion prices have doubled, even tripled in some cases"

Over the last few weeks, onion markets in North America have rapidly intensified as diminishing supplies fail to meet demand. According to growers, in some cases, prices have tripled and no variety is immune, although white onions have been expensive for longer. White onions are also seeing much higher prices compared to other varieties given the general lack of supply.

"The North American onion market is extremely strong due to the simple cause of supply and demand," said Steve McFarland of Onion Boy. "Across the board, prices have doubled, even tripled in some cases. Whites have been more expensive for a while as there is much less acreage planted and they're typically harder to grow."

"As an example, the current FOB price for a jumbo yellow at the border is $18 for a 50lb bag, but for white onions, the market is at $50 for Mexican product," he continued. "The Northwest market which is well into its storage crop, yellows are at $15, whereas two to three weeks ago, you could buy them for around $6. Normally they range between $5 - $7."

For red onions, supply has almost disappeared from regions east of the Mississippi River which suppliers say was caused by a rainy growing season there and a subsequent reduction in volume. Prices are triple on red onions compare to a few weeks ago. "Inventory is much less on red onions because the eastern regions had a bad season," McFarland observed. "Two to three weeks ago, a 25lb bag of jumbo reds was $5, now the same bag is $15, and that's if you can find them."

Short supplies from Mexico, Europe also a big factor
One of the major factors that is contributing to the shortfall in the market is the lack of supply coming in from Mexico. McFarland said that normally at this time of year, imports from Mexico would be running strong enough to support the market. However, it is reported that Mexico has had a terrible season and are running short on supply.

"Mexico has had a lot of crop failures this past season," he said. "Normally, we would be importing from Mexico now, but because they don't even have enough for their own domestic market, they are in fact importing from the Northwest. So not only do we have a shortage coming in from Mexico, but there is an additional draw on Northwest onion inventory as well."

The export market has also seen additional demand due to the short crop in Europe. "Exports have really taken off this year. Europe experienced a drought so we are seeing more shipments sent there this season, adding further pressure to the North American market." 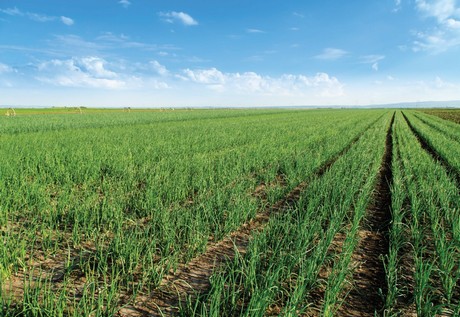 Texas may provide some relief
Suppliers say they expect the market may ease once the Texas season starts in a few weeks time. There will be a lot of pressure on Texas producers so if the crop will be anything other than excellent, the high prices could continue until the California season in May.

"The Texas crop is just starting and onions should be coming out of the field in the next two weeks," McFarland noted. "We are going down later this week to get a feel for how the crop is looking. Typically, the South Texas season is good and if this is the case and we see good volume, we should expect the market to back off a bit. Otherwise the market is going to stay this way until May or early June when the California season begins, which has more substantial volume."