The influence of too many thermal shocks on strawberries

Recently, the days have been warmer than the average in spring, with temperatures up to 24°C in southern Italy. However, a new disturbance of North Atlantic origin brought the weather back again to its standard winter conditions.

In mid-March 2019, the southern regions - and the northern ones first suffered a sharp drop in temperature (of over 10°C). The peaks of the Gargano mountain suffered from snow and strong gusts of wind (over 100 km/h).

While we are becoming increasingly accustomed to the thermal shocks of recent periods, the plantations are facing some serious climatic problems. 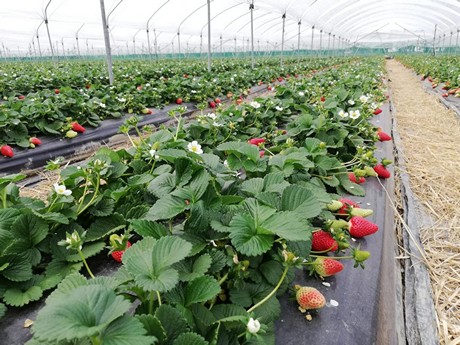 Carmela Suriano, CEO of the Candonga Club, explained what the situation is in the Metapontum area: "It's a really complicated phase, not only because of the physical damage to the structures, caused by the strong wind, but also because of the thermal shock caused to the plants and, consequently, to the fruits".

"These temperature fluctuations, in addition to causing damage to strawberries, put pressure on several farmers, who are increasingly concerned about their situation".

"The damage to production concerns the ripening of the strawberry, with an alternation between weeks of intense production and other weeks when the strawberry does not reach the right stage of ripening. We find it difficult to be constant even from a commercial point of view, as production is not balanced and is not distributed continuously every week, as should normally be the case".

"With the temperatures of the last few weeks above the seasonal average, the plants have produced large volumes". 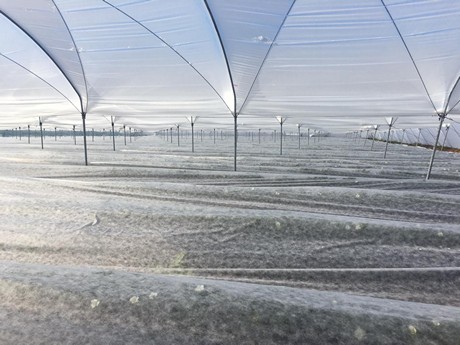 "Sure that summer had finally arrived, the producers had decided to lift the sheets, eliminating greenhouse tunnels or other protective cultivation practices, adopted during the winter months. Now it is really complicated and expensive for these producers to resort once again to such agrotechnical solutions, since these are temporary disturbances, albeit worrying".