Wednesday December 12, the 9th annual New York Produce Show was held at the Jacob Javits Center in New York City. Once more, the show drew a lot of attendees to the City. Who doesn’t want to spend a few days in the Big Apple this time of year? On the flipside, the retail market for Christmas hit this week, making it challenging for suppliers as well as retailers to be away from the office.

Despite the show being held less than two weeks before Christmas, the large majority of exhibitors were very happy with the turnout. “In nine years, this is the best show so far,” says Gary Caloroso with Giumarra. “Customer traffic was great, and it has been very busy all day long,” he said. 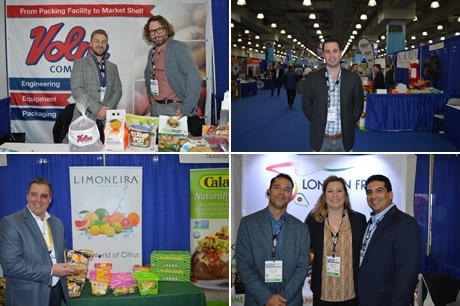 “It’s a great show for us,” said Nick Pacia with A.J. Trucco. “It used to be more of a local show, but over the years it has expanded and turned into a more national, even international event to some extent. “A lot of people have come by our booth and for people we hadn’t met before, it’s great to be able to put a face with a name," continued Pacia. Kevin Donovan of Phillips Gourmet Mushrooms adds that the show is a great opportunity to meet buyers and have the time to talk to them. “It's just the right size to attract plenty of people from various regions without being too big that you miss anyone."

It’s our first year as an exhibitor at this show,” shared Scott Marboe with Starr Ranch. “We are very pleased with the decision to exhibit,” he added. 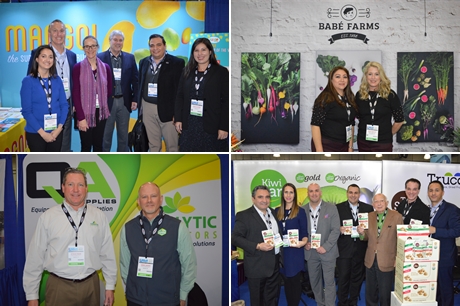 Although the show has grown over the years, some exhibitors hope it will keep its regional character and doesn’t get too big. “For us, it’s a good chance to meet with our customers in the Northeast, especially some of the smaller retailers who will only attend this show,” said Tony Incaviglia with GR Fresh. “It’s smaller in scale, but well attended.”

In addition to spending time on the trade show floor, attendees as well as exhibitors were eager to explore the city, which resulted in slower traffic during the second half of the day. Although the show was supposed to continue until 5 pm, attendees started leaving by mid-afternoon and the first exhibitors started packing up around 4 pm. 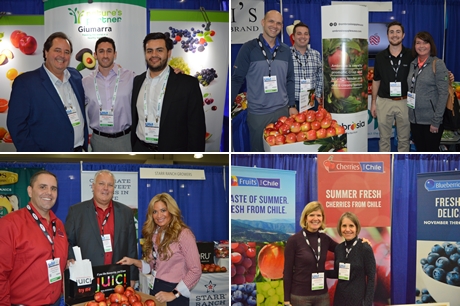