Crossing the street with a suitcase of money to pay for bell peppers, or writing a cheque to pay for tomatoes. It might sound like this is something that happened in the past, but this was something Greek companies did during the years of crisis. Panos Souras, of Souras Fresh Group, spent more time travelling with money during the capital control of 2015 in Greece than on focus in trade. That’s why he decided to start a subsidiary in the Netherlands.

The young Greek entrepreneur started his own company in 2012 after many years working in his family wholesale company in Athens. Despite the crisis, the company quickly grew to a turnover of 7 million euro. Part of the Souras Fresh Group currently consists of three pillars: Global Fruits SA  , Speedy Fresh  and Aphrodite Fruit BV. This way, the companies combines imports with sales to catering, retail and wholesalers around Greek territory. 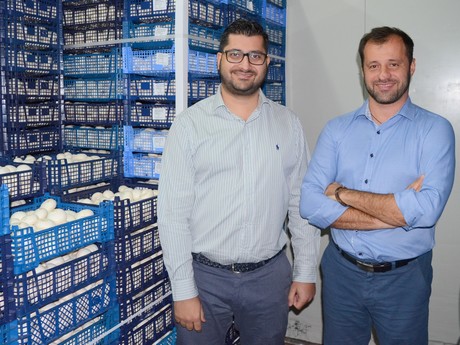 “I didn’t think we’d grow this quickly,” he says. Just like in other countries, margins and prices are under pressure. “We want to spread the risk by getting started in regions outside of Athens.” Although the wholesaler’s market still has a shop, the company’s core is in the logistical centre near the market. “It suits our philosophy better,” Panos says. “We have eight cooling cells with 350 pallet spaces, at street level, and we’re located  near a big transport area , that makes for us easy to serve better our clients.”

The seasons are reflected in sales. The wholesale activities peak in the summer months, as does catering. In the summer months, demand for fruit and vegetables rises on the Greek islands. Between October and March, the company loads six to eight mixed pallets for the islands per day, but between April and September that number rises to between 30 and 40 per day. “Three years ago, we started Speedy Fresh, which focuses on catering,” Panos says. “We supply to five star hotels, pizza shops, bars and restaurants, for example. The orders for catering are gathered per kilogram (small packages). Food service in Athens does well. In the past two years, more hotels opened their doors in the capital and we expect more stable tourists during the whole year .

We’re specialised in Polish mushrooms, out of season fruits, exotics and vegetables.” For the white mushrooms, the country depends on import from Poland. Greece mostly produces oyster mushrooms which we see the volumes of consumption increase year by year. 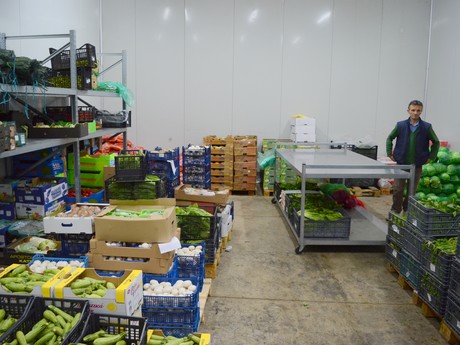 Bell peppers are imported from the Netherlands, even during the Greek season. “The season has started, but quality and sizing can’t be compared to the Dutch bell pepper,” Panos tells us on 1 November. “We can’t pack the Greek bell pepper in the traffic light packaging for retail.” The Greek sector has been better developed for other products. Twenty years ago, lettuce was imported from the Netherlands 11 months of the year. Nowadays, that’s only profitable for two months. “The Greek iceberg lettuce is cheaper than the import,” Panos explains. “The quality of the imported iceberg lettuce is better, and the product is more uniform, that’s a major benefit.”

The developments in the production are continuing. Growers are getting more knowledgeable, and more is harvested. “We also have broccoli and cauliflower production in the winter months,” Panos continues. “There are a lot of small growers and traders.” Depending on the sales channel, price plays an important part. For catering, it’s mostly about price and quality. Retailers pays attention to country of origin (preferring Greek products), and prefers import products for prices when are cheaper. The market trade mostly cares about price and shelf life. 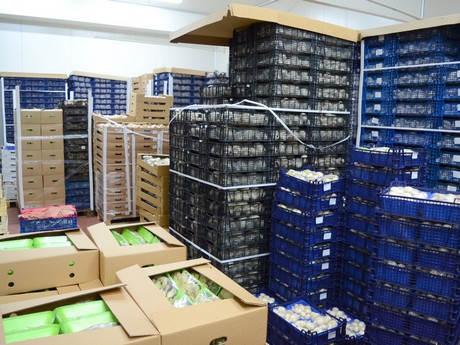 Crisis still felt in the sector.

“The crisis had a major impact on the trade. These were difficult years, and companies disappeared. Only a few survived,” Panos says. Within the sector, some traders are still balancing on the edge of bankruptcy. “These companies are losing money because margins are too low, but they’re creating problems for the rest of the sector.” It can take up to five years before bankruptcies are settled in Greece. 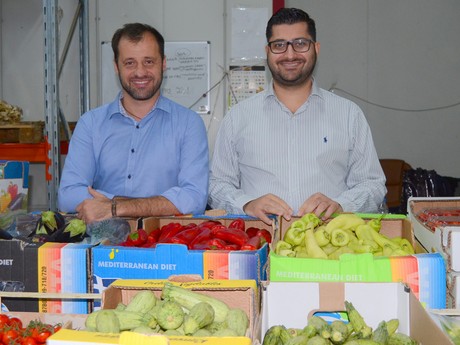 Terms of payment are a weak link in the economy in any case. In Western Europe, terms of payment are usually 30 days at most, but in Greece, a term of 30 days would be a good deal. Terms of 60 days are more common, although they can be as high as 120 days. “Payments with cheques are also still common, even from customers,” Panos adds.

2015 was a difficult year for the Greek trade. The crisis reached its peak in the country. Restrictions on money transfers were implemented, among other things, to prevent the money disappearing from the economy. This made it much more difficult to import. “I flew to the Netherlands eight times in two months, to pay our suppliers in cash,” Panos describes the difficulties of the trade in those days. That’s why the entrepreneur decided to set up a Dutch purchasing office: Aphrodite Fruit BV . The majority of the flow of import is done via this office in the Netherlands. The same is true for import from Poland, France and Italy. “We’re working much more efficiently thanks to this branch,” he concludes.