The long-awaited " Minions 2" new movie was released in theatres in China on August 19, after releases in July in North America.

For domestic Minions fans, the Chinese film is an animation not to be missed, with star Michelle Yeoh as voice actress and popular singer Deng Ziqi and Jackson Wang for the theme song. The film added a lot of Chinese elements, including showing the Minions dressed in "Bruce Lee costumes" to learn kung fu. 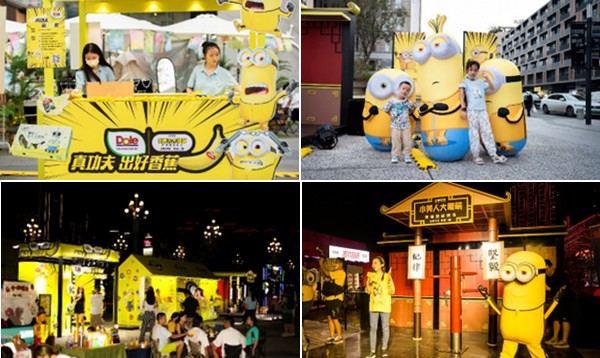 At the same time as the movie's release, the Minions Summer Night Bazaar was held in Wuhan, Chongqing, Changsha and Chengdu. Dole is the official promotional partner of the Minions 2 movie, bringing the new bananas of the Minions series to be listed soon.

Dole invited visitors to perform the real kung fu together, while kids holding a "Dole banana nunchucks" could pose with Minions in various fashion kung fu poses, and the audience were given  the Dole X Minions co-branded sweetio banana. 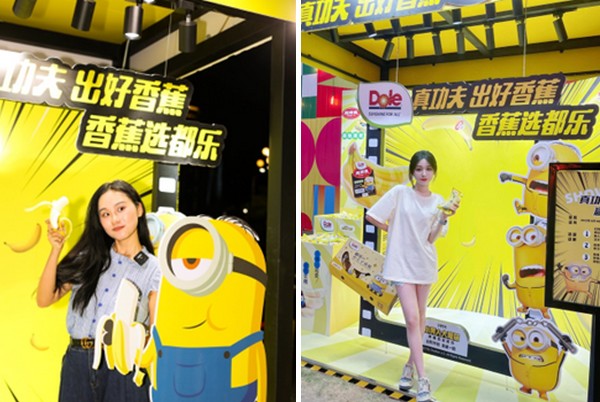 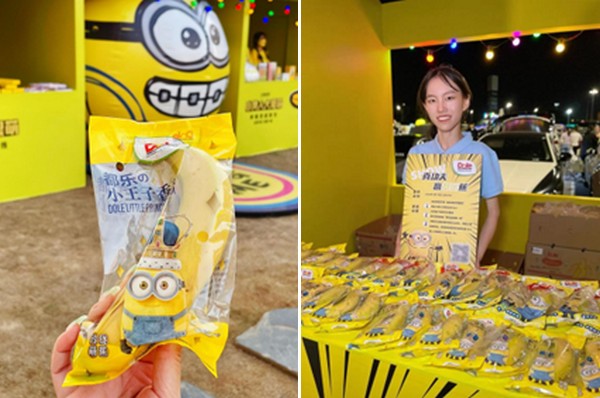 Dole has a hundred-year company history as a banana planting expert. With its own farms in the Philippines, the company supplies the international market with cultivation, seedling planting, picking, packaging and transportation, all under strict quality control.

Its mature banana ripening technology can provide bananas of different ripeness according to the needs of consumers in different scenarios, which is a cornerstone of the company's success in China.

The Minions' favorite banana is also a star product of Dole's. Dole became the official fruit and vegetable partner of Minions in June 2022. At the upcoming Bananaday Banana Bazaar, the first of its kind in China, the company will host an IP licensing cooperation ceremony between Dole and Minions and the launch of the co-branded products, This event will be held on September 3 at the BFC Bund Fengjing Bazaar in Shanghai.