French cauliflower market under pressure from high level of supply

Dutchman Jeroen Bosschaart is co-owner of the French exporting company, Le Dauphin, based in Brittany, France. The company exports vegetables such as cauliflower, artichokes, mini-vegetables and shallots. Since the beginning of the season the cauliflower market has been under pressure, "We are currently three weeks into production. Over these last few weeks supply has been huge and prices have been low."
The exporter says that after years of decline in the cauliflower acreage, 1% more cauliflower was planted this year in Brittany, "Supply all came together because European production was behind and it was all put on the market at the same time. The weather is still very good. But if we get temperatures under 10°C than we'll have a completely different situation, because then production will come to a standstill. Starting from week 50/51 it is expected that there will be a hole in production because the winter varieties will not be pulled forward." 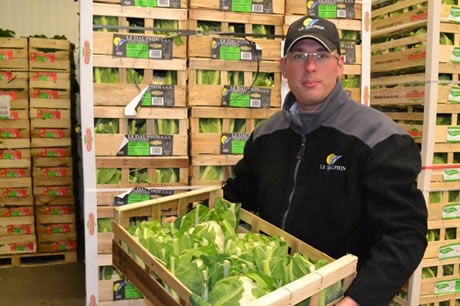 Jeroen Bosschaart
"The cauliflower growers that had production from December to February last year did well, but at the end of the season the price was often below the cost price," says Jeroen. According to the exporter, the local French market always buys 60-65% of the products from Brittany. Cauliflower is the largest export product, with the German market being the largest buyer. A large volume of the typical French products, like shallots and artichokes, remain on the local French market. Le Dauphin exports most of its production to the U.K. and Benelux, in addition to some export to Scandinavia and Eastern Europe. 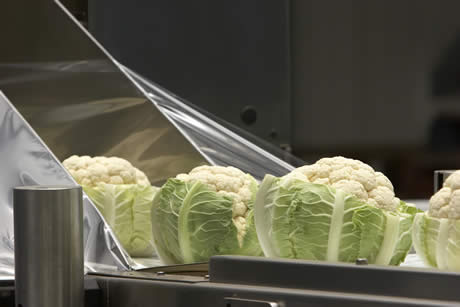 "The biggest challenge for us is to continue being of added value to our customers. This is why we have heavily invested in our processing site and packaging lines in recent years. Fifteen years ago we were exporting many full loads of cauliflower, but now we export more of the mixed loads/pallets. We make a selection between all the Prince of Brittany depots, and then we choose between the growers. We supply the cauliflower how the customer wants it, whether that's with the leaves still on, sealed or in florets. In our modern packaging station we can package however the customer wishes."