The French tomato market has been in crisis since mid-July, with a large production and a notable lack of consumption. Tomato producers have decided to carry out actions in supermarkets throughout France in order to protest against tomato imports from Morocco.

“The month of August was really catastrophic in terms of sales. With the increase in production costs, producers are at a loss. The cherry tomato market has been in crisis for 7 weeks already. Two years ago, during the pandemic, we were praised for our products ‘Made in France’, but I have the feeling that all of this is already forgotten. In this context of crisis, we cannot understand, as producers, why so many imported tomatoes can still be found on the shelves,” explains Antoine Cheminant, tomato producer and leader of the action in the Nantes area. 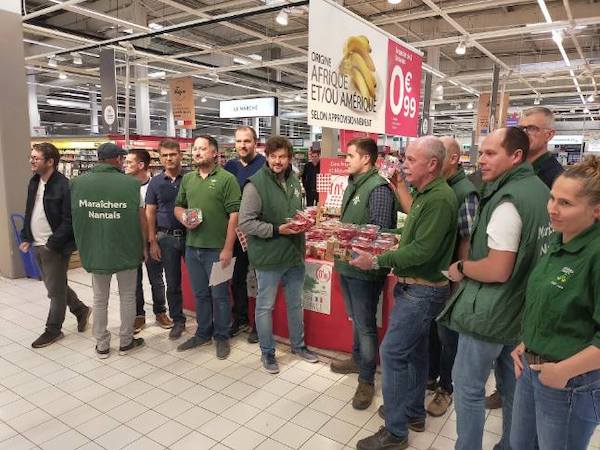 The differences in production should be highlighted
Faced with this observation, producers mobilized on the 8th and 9th of September, everywhere in France, to protest against what they considered to be an injustice and abuse by mass retailers.

“Consumers must understand what is involved in the production of Moroccan tomatoes. Although we are competitive as French producers during these periods of high production, we will never be able to compete with Moroccan prices because the cost of labor alone is 17 times higher in France than in Morocco. Additionally, with the increasingly worrisome drought episodes, producing tomatoes in Morocco will only put more strain on the country’s water resources than in France. The production in Morocco also depends on the construction of huge desalination plants that consume a lot of energy and represent a significant environmental impact. This big difference in production between the two countries must be clearly highlighted to raise awareness among consumers.” 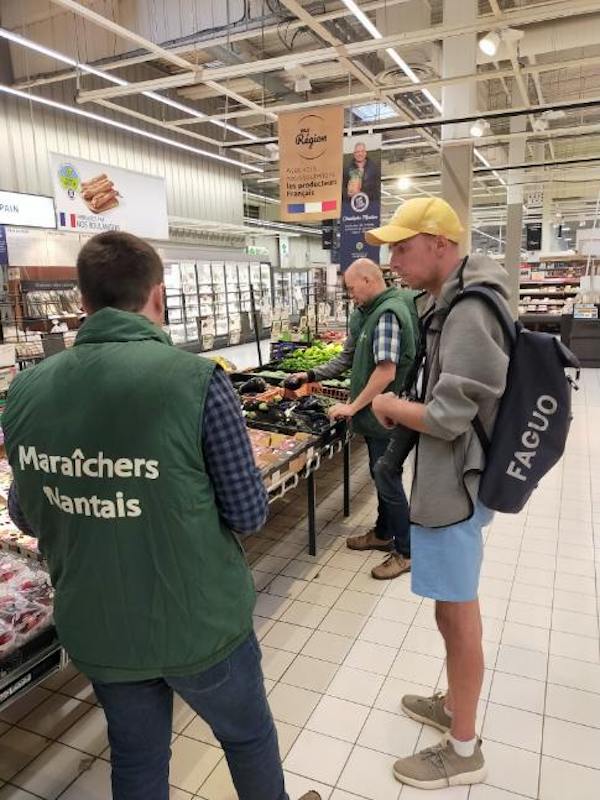 Lack of transparency regarding information on the origin
By sticking an orange label on the trays of Moroccan tomatoes unequivocally indicating the origin of the product, producers wanted to denounce the close resemblance between the packaging of the two origins.

“We blame the regulation for not imposing a clearer display of the origin. Consumers must actually look on the back of the tray to read this information in very small letters, which is not normal. If the Moroccan brands sell their products in the same packaging as the French products, consumers actually buy a tray of Moroccan cherry tomatoes thinking that they are produced in France. And this was confirmed in our discussions with consumers during our operations.”

In total, 15 stores were targeted in France by the French producers. “We organized ourselves per region. The operation targeted cherry tomatoes, but we could have very well chosen the Italian salad or the little gem salad from Spain, which are available all year round on supermarket shelves.” 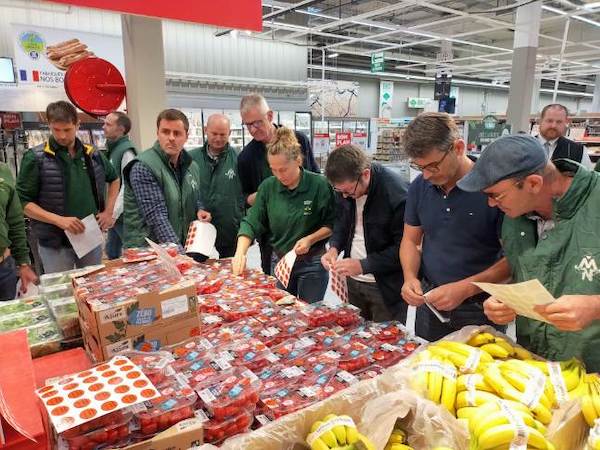 A pacifist operation for a constructive dialogue
The producers wanted to denounce a situation they find abnormal, and they chose to do it in a pacifist manner. “Upon entering a store, we would first speak with a manager in order to explain our operation, which was often understood. We try to understand why, as distributors, they choose to offer this product while the French sector is in crisis. The goal is not to be forceful but to promote discussions in order to find a constructive solution.”