Bastian cucumber, for transplanting in August, the first week of September, and in spring

On August 30, the seed house Ramiro Arnedo held an open day to showcase the cucumber variety Bastian in the area of Vícar in the Spanish province of Almeria. Specifically in the farm of Jose Antonio Berenguer. 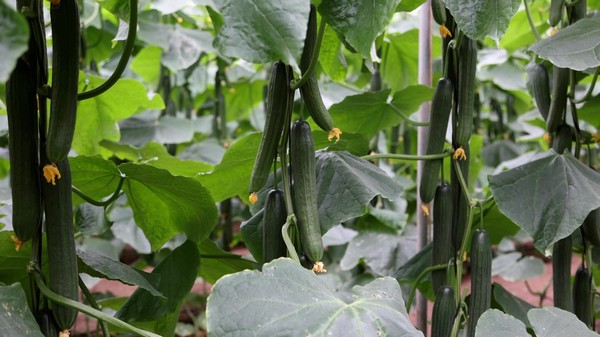 Pablo García, sales technician at Ramiro Arnedo, explains the characteristics and advantages of this cucumber: "Bastian is characterized by a powerful root system and very open plant. Its fruits are highly homogeneous, with a very dark color, a remarkable ribbing, and a good seal."

Although it is true that on this farm, it was transplanted on July 20, the variety is suitable for transplanting throughout August, the first week of September, and in spring (from the end of February to the end of March). 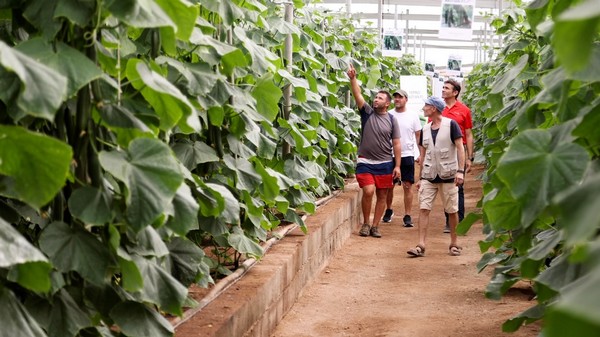 "One of the best advantages of this variety is its resistance. We are talking about a variety that can withstand CGMMV, powdery mildew, yellowing, and yellow veins."

José Antonio Berenguer, owner of the farm, tried the Bastian and, after a first trial, decided to fill up the rest of his land with this Dutch cucumber variety. He says that "it is a cucumber with excellent quality and a perfect fruit setting, despite the fact that we have reached temperatures of up to 47 degrees." 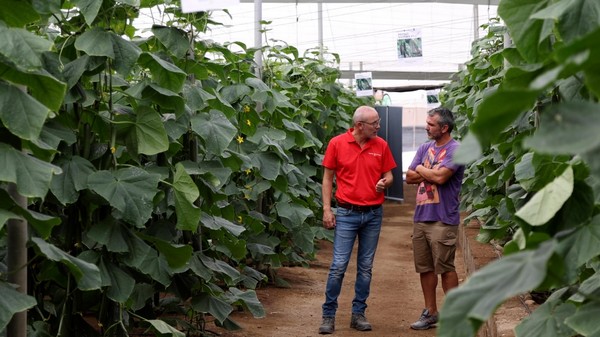 The attendees appreciated the quality and appeal of the entire plantation, describing it as a "spectacle." One of them was José Ojeda, agricultural technical engineer of the Agroponiente group, who said that "this cucumber is very good because it is suited for larger planting frames due to its great aeration. Also, its short internode allows for a greater amount of cucumbers to be produced."

This cucumber has been on the market for two years, and many farms are already Bastian farms. These good results should ensure a promising future for this variety, which yields what's expected of it and adapts well to the climate of Almeria and Granada.