"African air-shipped goods will always have their place on the market, especially in winter"

Although not so prominent as summer fruit and open ground vegetables, the supply of domestic pre-cut herbs is now running at full speed. Munich herb specialist Phillippe Kahn of Herba Frucht Ltd observes that seasonal bottlenecks can occur with one or the other article, such as chervil and coriander at the moment, especially at the change of season. "Accordingly, it is more important than ever to have a reliable supplier structure at home and abroad, so that you have an alternative source of supply if German goods are not yet available in sufficient quantities. This means that security of supply is continuously guaranteed." 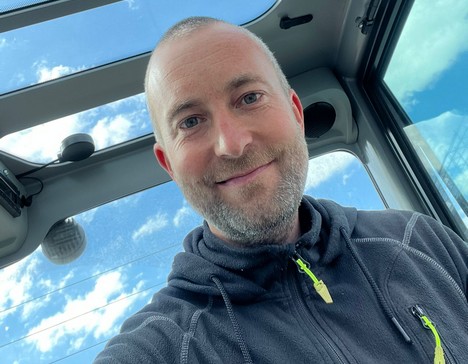 Except for temporary shortages and quality defects, the entire herb portfolio is currently available from Germany itself. There are also southern European goods from Spain and Italy as well as goods by air from Ethiopia, Kenya and Israel.

"All the tendencies that existed before the Corona crisis have increased again in the past two years. Regional goods are becoming increasingly popular with consumers, not least because of the shorter transport routes. In addition, there are fewer flights during the pandemic period given, which is why the presence of air-shipped goods was limited."

Raison d'être for African air-shipped goods
Kahn knows that flight fees are still extremely high at the moment. "Fortunately, we have several alternatives to fall back on. In addition, Africa still has a significant advantage over Asia, where air freight rates are still significantly higher. From a longer-term perspective, I believe African airfreight always has its place in the market because certain herbs, such as lemongrass and Thai basil, are only grown in small quantities in this country and we are dependent on imported goods in winter anyway."

Pricing & variety trends
According to Kahn, I also see the herb industry being confronted with the current cost and price increases along the supply chain. "Despite dozens of price surcharges from our suppliers, we have tried to keep our prices as stable as possible since the beginning of the pandemic, which is extremely difficult given the current general conditions." The company's pricing policy is said to be valued by the buyer as well. "We are in even better shape than before Corona and the demand has been very pleasing everywhere."

Nevertheless, the further development of the precut herbs category came to a standstill during Corona, Kahn continues. "Most of the consumer trends that are emerging now existed before the pandemic. Exotic items, such as Thai basil, are now an integral part of everyday cuisine, which in turn is partly due to the multicultural society." 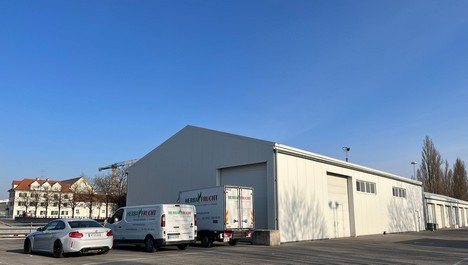 Herba Frucht hall on the outskirts of ​​the wholesale market

Cress & edible flowers
As a representative of a relatively young generation of traders at the Munich wholesale market, Kahn nevertheless strives to bring new and surprising products to the markets, if possible from regional cultivation. "We've also been offering cress for about a year and a half, and I think the marketing potential is simply huge. I also see certain synergy effects between herbs and cress, not least because both lines of business are associated with similar delivery routes. In addition, we are also dedicated to marketing edible flowers, which, however, establish themselves primarily as niche products."