Once again, the weather has proved to be very unstable in the Region of Murcia this spring. Yesterday there was a strong storm with intermittent hail and tornadoes in the regions of the Mula River, the Northwest, and the Region's Altiplano. The producers from municipalities, such as Mula, Pliego, and Bullas expressed their concern about the consequences that the stone will have on crops and the losses that the weather of March and April has already caused in the fruit campaign. 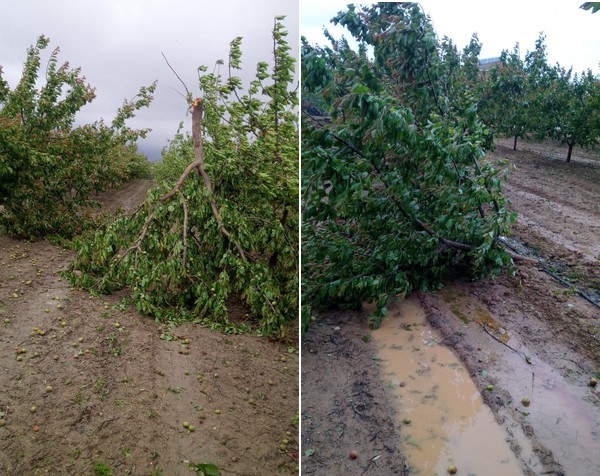 The hail affected some streets and orchards in Mula and its village of El Niño. In Bullas, there were 75 liters per square meter of ice accumulated In addition, a tornado uprooted dozens of pines and almond trees in the Muleño area of the Herreña. 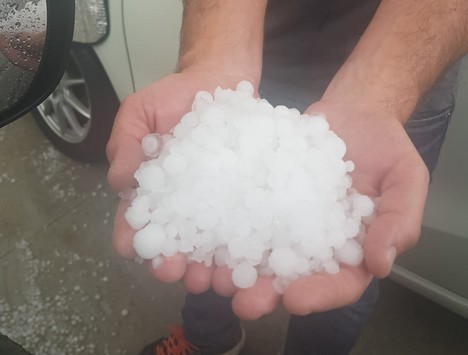 The technicians of the different cooperatives of the region began inspecting the farms to verify the damages caused to the fruit trees. The report will quantify the latest losses caused by the storms, which even caused a forest fire in Moratalla.

Producers already expected the apricot harvest to be 37% lower than in 2021 and this hail storm continues to reduce the expected volumes, taking into account that Murcia concentrates the largest production in Spain. Producers expect to produce nearly 60,000 tons this year, a much lower number than the 93,000 tons achieved last year, which was already 52% lower than the average of 2016/2020. 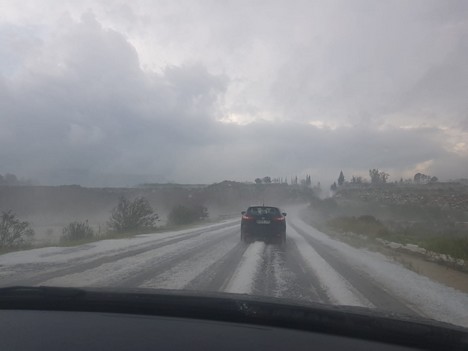 "We have had poor pollination in apricots due to persistent rainfall for several consecutive weeks," Thomas stated. "We are going to miss a lot of apricot in Spain this year and it should be noticed in prices as the demand increases as the weather in central and northern Europe gets dry and warm. The apricots that weren't affected by the hail have good quality and abundance of large caliber."

Murcia is selling its first apricots, nectarines, and peaches 10 to 12 days later than in the previous season and with limited volumes, until at least next week. The biggest concern in this campaign are sales prices and whether prices will compensate for the sharp increase in production costs.