On December 7, the internationally operating potato breeder Europlant Ltd invited interested parties to the Online Forum or Potato Day 2021. Europlant CEO Jörg Eggers first looked back on the past cultivation and harvest year. As expected, there was a reduction in yields last season, especially for table potatoes. In addition, there was a very late spring with planting until mid-June, which meant that the planting dates were often no longer optimal. Furthermore, late crop development and in some cases very low tuber set were observed.

At the beginning, the external quality of the potatoes was acceptable to good, but due to weather conditions and very late harvest dates, there were more defects later on. "For seed and ware potatoes, there will be below-average net quantities this year. The same applies to the typical recipient countries of German table potatoes in Central and Eastern Europe and Southeastern Europe. The quality after storage will be decisive, also for the subsequent price development of the potatoes," Eggers explains. 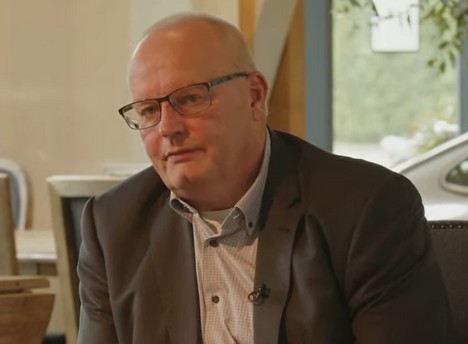 'Table potatoes could become scarce'
European potato acreage is trending downward: "If demand for fries returns to normal and the planned expansions in the processing sector become a fact, table potatoes could become scarce in the coming years, unless cultivation becomes more interesting compared to other crops," Eggers added. According to the Europlant boss, there will be several challenges for the German potato sector in the near future, such as the restriction of plant treatment products, severe weather events, the problems with root penetration and the associated longer crop rotation and - last but not least - the higher consumer expectation in terms of quality, while the possibilities in production can rather be described as limited.

From today's perspective, the Mediterranean countries will keep their area of early table potatoes stable, while southeastern Europe will generally continue to restrict their acreages, with a corresponding increase in demand. In Central and Eastern Europe, a slight expansion of cultivation is expected, with a steady demand nevertheless. In northwestern Europe, the area under ware potatoes is expected to stabilize, Eggers predicts, provided that the pandemic not lead to further restaurant closures.

Resistant varieties
Following the outlook and forecasts, Eggers answered several questions from online participants. For example, there were specific questions about breeding disease-resistant varieties. Eggers commented, "With certain varieties, we already bring high recognition reliability and virus resistance. If we wanted to combine the great traits and qualities of our varieties with resistance, the breeding process would be much more complex. We have a number of candidate varieties in the pipeline that can take this position in the coming years."

Organic table potatoes
The rapidly expanding cultivation of organic potatoes was also addressed. "In my view, production must be based on demand. There is no point and no purpose if we were to produce organic potatoes on 20 to 30 percent of the German cultivated area. That is not for sale. The share of organic table potatoes in total sales is currently around 8-10 percent and roughly corresponds to the multiplication area we currently have. I do not expect organic table potatoes to come from abroad on a large scale, especially since the EU organic regulation is a basic requirement there as well. Something will come from Spain, Italy and other early countries. Otherwise, in my view, there is a lack of purchasing power and production security," Eggers said.