''Asparagus deserves to be the hero of a dish"

What does the future hold for asparagus? This was the topic of discussion during the 'Exploring Bejo's world' event. The Dutch company, Bejo Zaden, organized it. Several asparagus market stakeholders considered what asparagus' biggest future challenges would be.

There are the major labor shortage and cultivation sustainability hurdles. But they also addressed how to reach a new generation of consumers. According to the panelists, it is particularly important to raise asparagus' profile sufficiently. That is to ensure this product's future. 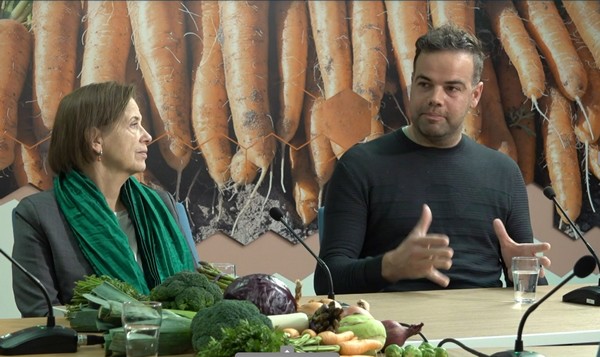 'You must draw people's attention to asparagus. If you don't, it will become a forgotten vegetable within a few years," warns Anneke Ammerlaan, Vision on Food's food trend analyst. ''It is mostly over-65s who eat asparagus. The younger generation is losing their connection with this product. I think we should focus on the different ways of preparing asparagus. That will increase its appeal. ''

There is, however, a trend among young people. ''Many of them have eaten asparagus, but mainly with their parents. Few cook it themselves. Yet, there are so many great ways of preparing asparagus. Many young people are beginning to eat more internationally. Green asparagus is used in Asian dishes, for example," says Anneke.

"However, white asparagus is often promoted in the classic way. You prepare it with ham and eggs. People must make it attractive to experiment with white asparagus. It must be promoted by incorporating it into simple, modern dishes. I, for instance, love it stir-fried with a dash of soy sauce. You must show what you can do with it. This delicious vegetarian product deserves to be the hero of a dish.'' 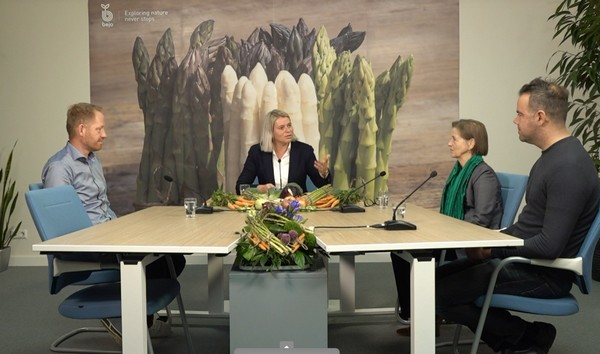 Rick Mengers is a product manager at ZON fruit and vegetables. He shared his insights. ''There's been a lot of investment in asparagus marketing. Sales have risen by 7.6% and those increase annually by about 1.5%. Major influencers are collaborating to promote asparagus too. That attention was received very positively.''

Dutch grower Willem van Gerven suggests using new channels to make asparagus more appealing to the younger generation. "You can use social media to try to highlight asparagus. But you can also have it prominently featured in, say, supermarkets."

"When spring begins, people automatically think of white asparagus. Supermarkets must pick up on this. They must place this product at the front of a display. Then surround it with various products which people can use for asparagus dishes. It will inspire people to cook with 'this white gold'," he says.

Rick admits that convenience is crucial for younger shoppers. ''Nobody likes spending hours in the kitchen. So, peeled asparagus are especially popular. This is, however, far more labor-intensive to produce." As a whole, the panelists determined that, for asparagus's future, the priority is to reach consumers. Not only the current but also future consumers. ''If you present asparagus well, it sells itself,'' Rick concludes.