Escalation and transformation in the fruit wholesale market in China

The Covid-19 pandemic has been a challenge for the global fruit industry for almost 2 years now, and the global shipping capacity remains the big problem to fruit traders. There have been several changes and transformations in the industry in response to these challenges. Several main fruit wholesale markets in China shared the most recent trends regarding wholesale market’s development. 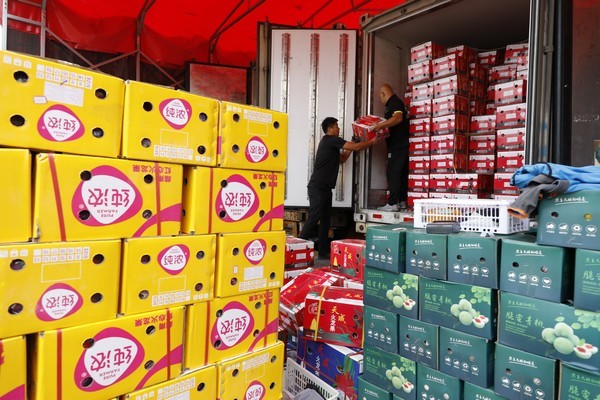 Transformation in the fruit wholesale market
There are more than a dozen first-grade wholesale markets in China, but only a handful can handle the majority of fruit, are conveniently located for distribution purposes, and boast up-to-date facilities. These fruit wholesale markets include Xinfadi Market in Gaopaidian for north China; Huizhan Market in Shanghai for east China (especially for western products), and in equal measure Haiguangxing Market in Jiaxing also for east China (but specializing in South-east products), as well as Jiangnan Market in Guangzhou for south China. These four markets service three major regions in China. 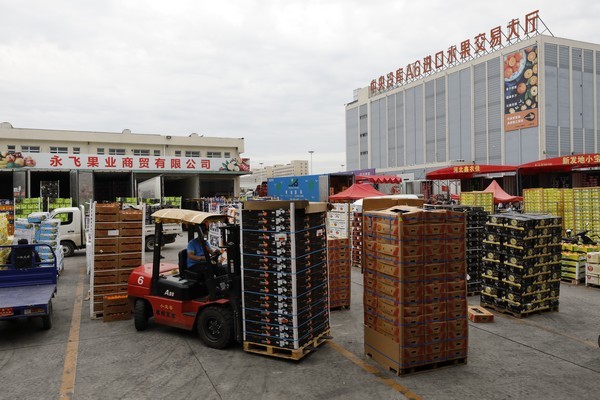 Several years ago, Beijing began to restrict the companies that did not specifically service the capital region. More than a thousand companies moved away. One of these companies was Xinfadi Agricultural Wholesale Market. This market had a long history in Beijing, but had to move to Gaopaidian in Hebei, roughly 80 kilometres from the capital. The new market was named ‘Hebei Xinfadi Wholesale Market’. After several years of development, Gaopaidian Xinfadi Market already replaced Beijing Xinfadi Market as the primary wholesale market for north China. 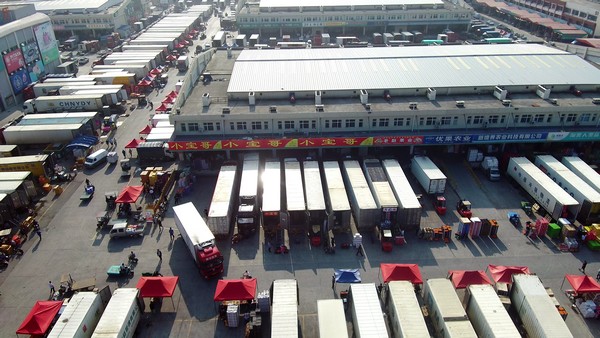 Take Jiaxing Market as an example. The market developed an online platform, called ‘Jiaxing Fruit Data Online’, that provides accurate and timely information about the fruit industry to visiting traders in Jiaxing Market. The data on this platform is refreshed in real time so that visiting traders can check on the market trends and predictions for any kind of fruit whenever they want to do so. Or take Xinfadi Market in Hebei. In order to satisfy growing consumer demand for import fruit and ensure smooth distribution of fruit to Beijing, Tianjin, and Hebei, Xinfadi Market has established a ‘northern maritime highway’ that connects to Tianjin port. “In this way, import fruit is not required to enter the country via Guangzhou or Shanghai and then transferred along domestic distribution networks with Beijing as its destination. Instead, import fruit from all over the world can be shipped directly to Tianjin port and then distributed to markets in north China. That is how Tianjin port turned into a first-grade import fruit distribution hub. In addition, many large-scale agricultural wholesale markets hope to transform into distribution centres that combine storage space for diverse products, high-quality processing factories, inspection and quarantine services, and other accompanying facilities, whilst gathering and providing synchronized market data on integrated online platforms. This is another trend in Chinese agricultural wholesale markets. 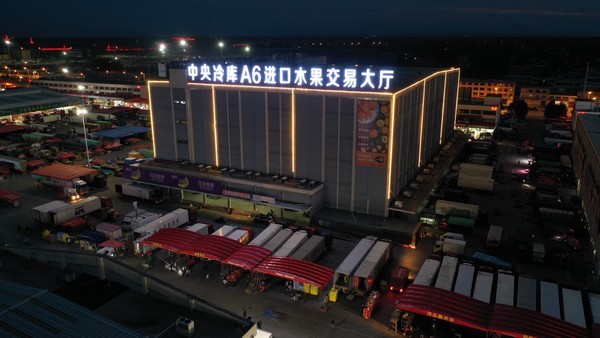 Steady import from South-East Asia
According to Mr Ying, the sales person of Jiaxing wholesale market, "in 2020 our Haiguangxing Trade Center’s trade volume increased by 15% in comparison with 2019 despite the outbreak of Covid-19. Our trade volume last year reached a total of 30,000 shipping containers. Most of the growth was in East Asian products that arrived overland.”

At meanwhile, in several other wholesales market, the sales conditions of western products such as Egyptian oranges, Chilean cherries, and Australian plums, were less than ideal due to tight shipping capacity and covid-19 reasons. 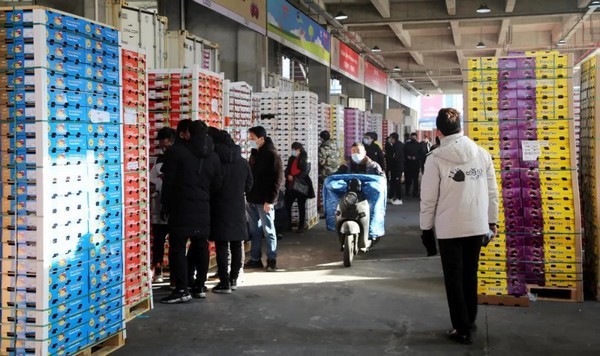 Growing demand for import fruit comes from second-tier cities
In addition to the four major agricultural wholesale markets Hebei Xinfadi Market, Shanghai Huizhan Market, Jiaxing Haiguangxing Market, and Guangzhou Jiangnan Market, there are also several medium- and large wholesale markets in the second-tier cities of central China. There is, for example, the Wanbang Kaipi Import Trade District in Zhengzhou, or the Hong Xing New Market in Changsha. These markets have recently opened their doors and already demand is growing. The consumption level in China is on the rise and that stimulates market demand for top-quality import fruit. In response, a growing number of powerful traders moved part of their business to second-tier cities to set up shop in new wholesale markets. 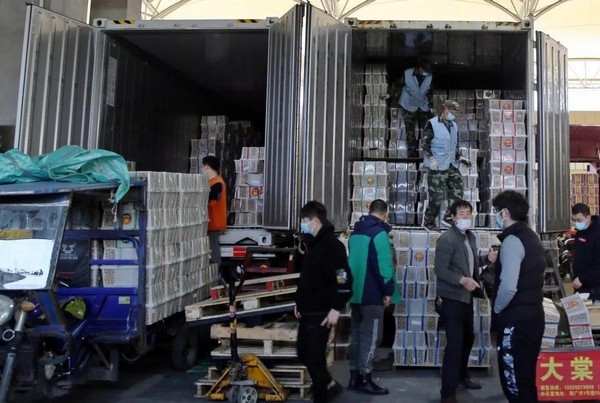 Sango Co., Ltd. has 14 subsidiary companies in east and southwest China. Manager Zhang, responsible for the company’s import department, explained that “our marketing strategy is to keep expanding wholesale and retail channels in China’s second-tier cities. From the beginning of China’s open door policy until now the economy has seen solid growth. First-tier cities led the charge and stimulated developments in second-tier cities. Although the consumer power in the four major first-tier cities Beijing, Shanghai, Guangzhou, and Shenzhen is quite high, the number of retail spots in these cities is relatively small compared to the number of second-tier cities in China. The four major cities only cover a small area of the country. And while the economic power of second-tier cities is not as strong as first-tier cities, there is huge potential for growth. The future of China’s economy is in the ‘decentralization’ of the market. Following this development, if we open a stand in every wholesale market in second-tier cities, soon the focus will move from quantity to quality.”