Abel Alarcón, of Brio Fruits: "Clemenules are already being purchased in the fields at higher prices than usual"

The sale of early clementines from Valencia has already started. The fruit is taking a little longer than usual to acquire the right color due to the heat, while the European markets still have large quantities of fruit from overseas.

"This week we have started selling the first Clemenrubí of the season, although still with limited quantities, due, in part, to the fruit's slow external ripening due to the high temperatures. The coloring is taking a few days longer than usual, although the fruit already has good Brix degrees and better juice levels compared to last season," says Abel Alarcón, manager of the Valencian company Brio Fruits, based in Real de Gandía, who says that the latest storms have not had a major negative impact on citrus crops.

According to the grower and exporter, it is still too early to make any predictions regarding sales trends. "We are testing the markets, which for the time being still have a lot of Nadorcott, Tango and Orri mandarins from South Africa. These are varieties with a larger size than our earlier clementines and are therefore finding more space in northern European markets. We are shipping our first Clemenrubí to countries further south, such as France and Italy."

The citrus production is expected to be smaller this year, especially for mid-season clementines such as the Clemenules, due to the high incidence of pests such as the cotonet from South Africa. "Clemenules purchases are already being carried out in the field at higher prices than usual, and the amount of operations with late South African mandarins has increased. Meanwhile, in oranges there are still hardly any operations, given the large supply of South African oranges," says Abel Alarcón.

In 2016, the European Commission approved an extension of the import period of South African citrus from October 15 to November 30, with a gradual annual decrease in tariffs until their total disappearance in 2025. Since this treaty was approved, South Africa has increased its exports to the EU by 30%, as South African companies have expanded the acreage devoted to late citrus crops. 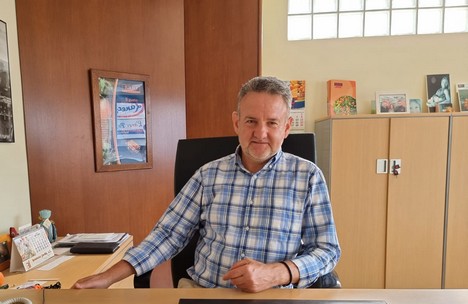 "There is a lot of uncertainty in the sector about how the markets will react to the growing European import of South African citrus, especially oranges. We have yet to find out how much the volumes will increase this year, although for the time being, they have already risen by about 7%," says the manager of Brio Fruits.

"Europe is opening the doors to productions from third countries without any kind of control, something that in addition to affecting us commercially, could also have an impact on the health of our fields. In recent years, there have been frequent detections of batches with pests such as Black Spot or cotonet from South Africa, and the latter is already causing millions of dollars in losses to the sector. Not only is it making the affected fruit unusable, but it is also causing an increase in production costs, due to the greater need to apply treatments, which are also not doing much to stop it from spreading," says Abel Alarcón.