The Ukrainian apple season is starting soon and it’s expected there will be more volumes than the 2020-2021 season had. One exporter looks back at the challenges of the previous season, as the lower volumes resulted in growers keeping their stock in cold chambers, hoping for better prices by the end of the season.

According to Volodymyr Gurzhiy, CEO of Ukrainian apple exporter USPA Fruit, the previous apple season wasn’t wat growers had hoped for: “The Ukrainian apple season of 2020-2021 was complicated, as we have been faced with low harvest two years in a row. A major part of the main growers kept their apples in cold stores, thinking that will have good price at the end of the season by late spring. This created an even higher demand within the midseason, pushing the prices up a bit. However, when the late season arrived prices were still lower than average, as everyone was forced to open the chambers around the same time, flooding the market within a limited timeframe before the berries season. The pandemic factor also had considerable impact, as our core markets within Asia have not recovered from it still.” 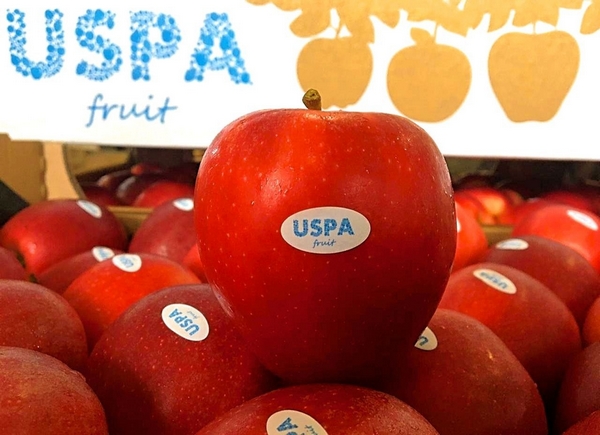 “As per usual, USPA Fruit had good scores in the Middle East, South-East Asia and we widely expanded into Africa last season, which is one of the most priority for us for the next season as well. Last year, USPA exported apples to Ethiopia, Djibouti, Mauritania, Sierra Leone, Congo, Sao Tome and Principe, Burkina Faso, Ghana, Sudan and Liberia. Due to the low harvest there were limited volumes of the main export varieties, as well as small sizes of the apples. All these factors pushed us to open new markets to supply the product we had, which became the key to overcome these challenges.”

“For the upcoming season we expect lower prices, as the forecast for the harvest is more positive. Generally, we had good weather conditions, so that there will be good stock of the apples to select from, with different sizes and good quality. Even having good harvest, the sales prices will not be too much lower, as the cost of cardboard and sea-freight rates have jumped.”

“Also, I’d like to emphasize that, together with USAID, USPA Fruit launched an agricultural consulting project which is free for growers, thus about 30 of farmers all around Ukraine were granted with high quality knowledges to grow export quality of the apples. Our agronomists were consulting them for whole vegetative period, so we expect that both quality and volume of the apples for the export will be higher than average. Overall, we expect great season!” Gurzhiy concludes.