"After one and a half years without potato events, it was time to meet up again"

The first EUROPLANT Sortenkiek at Gut Schirnau, located in the heart of Schleswig-Holstein on the Kiel Canal, could take place on August 2. 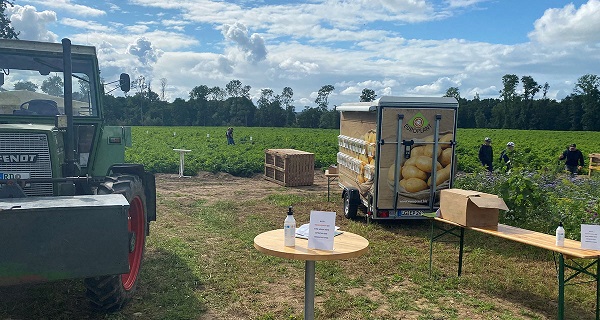 "At Gut Schirnau with the Fedder family, we found a great location to hold a field day for our potato growers in Schleswig-Holstein," said Eckhard Simon, cultivation consultant at EUROPLANT Pflanzenzucht Ltd. After one and a half years without potato events, it was time to meet up again. Thirty-four potato growers took the opportunity, after prior registration, to discuss potatoes, exchange information about the potato market and simply make small talk again. 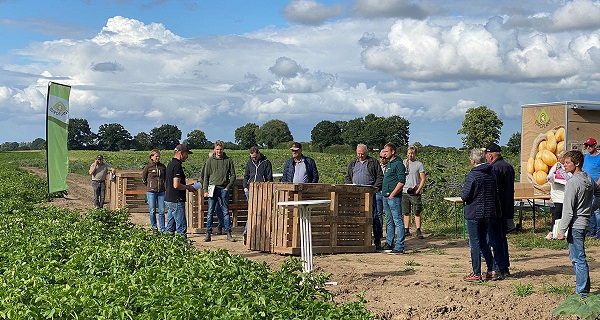 "The chances for a stable price in the coming season are not bad," said consulting manager Ulf Hofferbert. At the end of the early potato season, prices are still well above last year's level. Uncertainties about the weather, smaller crops and reduced acreages in Germany as well as Western Europe give optimists hope for a better year than 2020.

Framed by flowering strips, 13 potato varieties could be shown from their best side that evening.

Suitable for the North German taste, deep yellow, firm cooking and easy to peel, the very early GLORIETTA presented itself. CORINNA, which is particularly suitable for washing and packing, is available as a follow-up variety with a stable shape and visually perfect, light, smooth skin.

As dry, hot summers are becoming more frequent in the north as well, varieties such as BERNINA are of interest, as these are particularly insensitive to heat and drought stress and are also deep yellow in color, firm in cooking and aromatic in taste.

It goes without saying that modern varieties have a high nitrogen-accepting capacity, so that fertilizer quantities can be significantly reduced while maintaining yields and good quality. Another decisive factor is the very good resistance to the most important potato pathogens. For example, the floury potato KARELIA, which is suitable for any location, has very high resistance to the cyst nematodes Rostochiensis and Pallida.

For consumers who consciously want to eat a low-carbohydrate diet, there is the MONTANA variety. It has a significantly lower carbohydrate content when grown appropriately and, if laboratory results confirm this low content, can be designated as a "lower carb" potato.

The LEYLA, BELANA, LAURA and ALLIANS varieties, which are firmly established in the market, were there as well, of course. Their advantages and disadvantages were discussed, tips and recommendations for cultivation were exchanged. 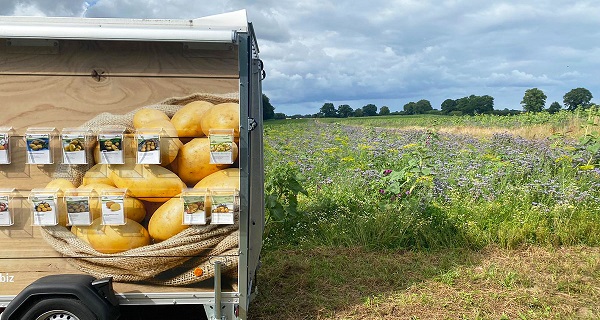 How difficult it is to distinguish between the varieties on the basis of their shape and growth became clear to everyone during the subsequent 'variety game'. Following the variety demo field, one perennial of each of the 13 varieties presented had been laid out and given only a number. Each visitor could try to assign the correct variety to the respective number. With nine correctly guessed varieties, the Griefahn family from Fehmarn won 1st prize.

In a relaxed atmosphere, the Sortenkiek at Gut Schirnau ended with a snack at the edge of the field and will establish itself in the coming years with a fixed date in the summer.