Why import potatoes when they are available, locally? In the Netherlands, potatoes’ availability is continually being extended. That is thanks to variety development and improved storage methods. "It costs energy but is definitely rewarding," says Michiel Meijering of Landjuweel. 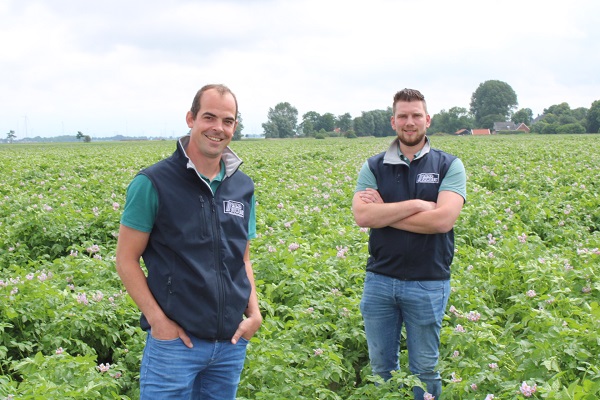 Supplying locally-grown produce for as long as possible has always been this Dutch company's approach. Landjuweel washes, sorts, and packs potatoes for the retail and foodservice sectors. Extending the availability of the Dutch supply is therefore not a recent thing, according to Michiel. "We limit imports to Germany and avoid southern European production. And we’re increasingly successful in supplying Dutch products all year round. Along with our customers, we’re now setting a movement in motion. Its emphasis will lie even more on local produce.”

In stores for three months longer
“You notice a genuine shift. Consumers have started evaluating potatoes differently. The COVID-19 pandemic certainly contributed positively to that. It’s accelerated the move towards year-round Dutch potatoes. Demand for local produce has increased since last year. People want to eat more locally; they’re more aware of sustainability. That’s why we’re supplying Dutch potatoes for as long as possible this year." 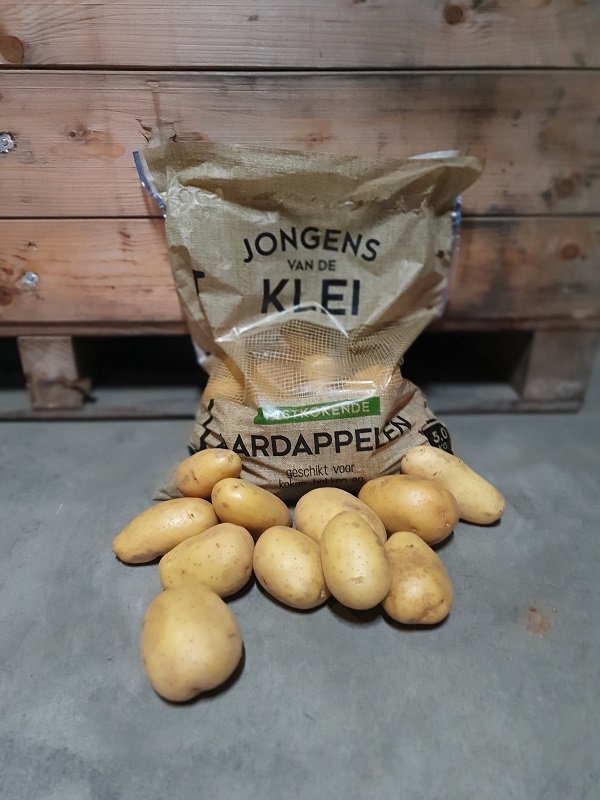 The Dutch produce has the added advantage of being PlanetProof cultivated. That is often not the case with imported potatoes. Landjuweel only imports new harvest potatoes, for their bulk supply, from Germany. Those supplement the Dutch potatoes. "These are also all PlanetProof certified potatoes," says buyer Frank Poelman. “That means, for bulk potatoes, everything is PlanetProof which is fantastic."

German farmers begin harvesting in early July. They grow their early potatoes under covers. "Why choose German products? That country is nearby. We can go there ourselves, so can guarantee flavor and quality. German growers specialize in early cultivation and have far more acreage. Plus, their climate is similar to the Netherlands. These are imported potatoes, but they don’t seem to be.”

All the bulk products (floury, waxy, and organic) are PlanetProof cultivated

Frank says he will probably be importing potatoes from Germany a little longer than planned this year. That’s because the spring weather delayed the Dutch harvest by a few weeks. "As soon as Dutch potatoes are available again for bulk, we switch," he points out. They had been packaging the first locally-cultivated Opperdoezer Ronde and Doré for several weeks at the time of writing.

Extended storage pays off
Dutch potatoes are becoming available for longer and longer. That is partly thanks to improved storage methods and better varieties. This ensures minimal germination. The potatoes are also increasingly resistant to silver scurf. "Admittedly, it all takes a lot of energy. Growers have to be willing to go for it; then, it pays off. Our growers often get good prices. Not all potatoes can be stored for extended periods."

"You must have the right type of soil. And the potatoes must be cooled down as soon after being grubbed as possible. If necessary, our growers often use Argos. This sprout inhibitor is based on natural orange oil. It has zero adverse effects on the potatoes and end products. It’s especially important that the potatoes are left alone during storage. Farmers are becoming increasingly cooperative as they see the added value," Frank explains.

Increasing working purely with the product
The COVID-19 pandemic and closure of the hospitality industry boosted potato sales. Nevertheless, consumption keeps falling in the long term. Small packs of potatoes are the exception. According to Michiel and Frank, getting young people to eat potatoes remains an interesting challenge. There is also limited availability of packaging materials. That is due to raw materials shortages. "Increasingly stringent legislation and regulations demand attention too. These are all things in which we can also distinguish ourselves," says Michiel. 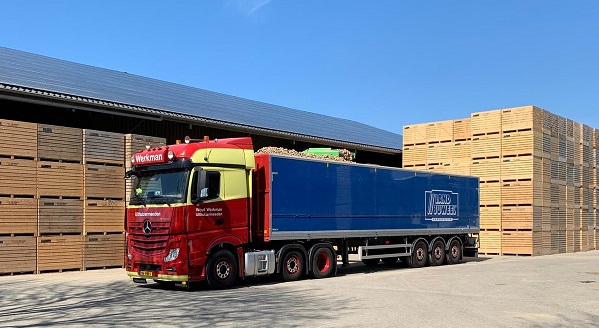 Dutch potatoes are available for longer and longer. That is thanks, in part, to improved varieties and storage techniques.

"We have an advisory role in this too. For example, if farmers may no longer use certain pesticides. We have the knowledge to provide them with independent advice. This also relieves some of those concerns. A lot is happening in, for instance, the area of crop protection products. That can sometimes cause anxiety. But we’re again proving that, despite the new rules, extended storage is quite possible. After all, we’ve never stored potatoes for this long. Again, we’re focusing far more purely and precisely on the product. That bodes well for the future."

Sweet potato farming has truly taken off in the Netherlands in recent years. These are mostly imported from the United States, but there is more and more of the Dutch product available. Landjuweel is entering its third season with these. "We trade these orange-fleshed sweet potatoes. What's special is that we started it on a truly small scale. It’s nice to see how dedicated the growers are. It’s hard work, and there’s a lot to learn. We expect sweet potatoes’ growth to definitely continue in the future in the Netherlands,” Michiel concludes.