The heavy rain and limited sunshine in Belgium mean potatoes there are growing more slowly than average. One potato dealer's potatoes are still smaller than usual on most plots. "It's officially the wettest July ever since measuring started. And that doesn't help the potatoes grow well. However, there's been some improvement in the last few days," he says.

"The sun's shining a bit more. There's potential in the fields, but we'll know more in two weeks. The next couple of weeks will determine the volumes. We're hoping for dry, not too hot weather. With quite a bit of sunshine for the next little while. Then the potatoes could still catch up nicely." 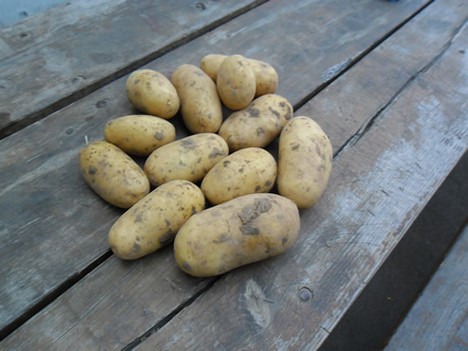 Overseas imports
The smaller sizes are putting prices under pressure. "Current local prices are at around €0.15/kg. But those potatoes aren't large yet. That's why buyers are opting to import correctly-sized potatoes. That price is at about €0.30/kg," he explains.

Export expectations
Canada and the US are usually significant potato producers. The question is how their harvests will turn out this year. Farmers there have to irrigate a lot. That's due to the hot, dry weather. And that pushes up production costs. "Though it's generally expected that those yields will be below average. The current global processed potato products demand is high. This should also continue."

CIPC replacements
The trader has noticed the CIPC ban. He says potatoes are now germinating a month or two sooner than before. "Normally, germination started around April. Now it's around February, March. There are several alternatives to this inhibitor, but we can't yet say which works best. There is a mint-based treatment, but that flavor soaks into the potatoes. And in Germany, there was a fire in an ethylene plant. Everyone in the potato sector is still searching for what works best," the trader concludes.