“The situation on the peach market in France is generally favorable”

Although the less than favorable weather of the past few weeks has impacted the consumption of some other summer fruit, peaches do not seem to have been affected too much. “The situation is generally favorable because the frost in the spring has limited the volumes available. Peaches have indeed suffered from this lack of consumption early in the season, but with limited consequences given the volumes available. The peaches were affected less than the apricots. Harvest losses of 20 to 30% are being confirmed,” explains Raphaël Martinez, director of the PDO Peaches and Apricots of France. 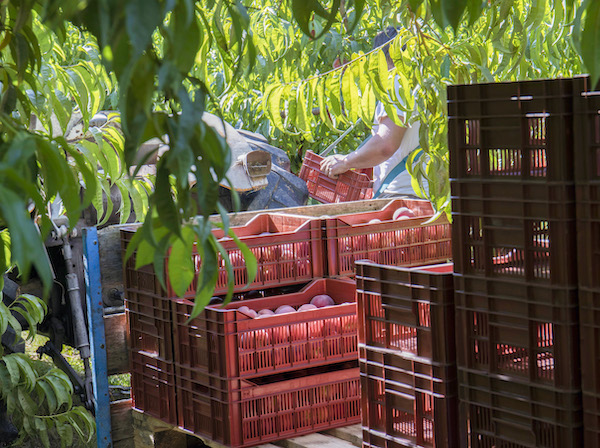 This year, the peach harvest started around the 15th of June and will last until mid-September. “From July 15th until August 15th, we will be in this very active phase of the market with high production and high consumption. We should maintain this balance on the French market quite well in the coming weeks. After the 20th of August, consumption will depend on the weather. If the weather is nice, people will gladly keep enjoying the summer and our fruit will meet their expectations, but if the weather is not favorable, it will be slightly more complicated.”

The harvest losses were limited, but the frost did cause an imbalance in calibers. “We are lacking large calibers, as a direct consequence of the frost on the orchards, but also because the fruit growers did not thin as much this year, not knowing what the effects of the frost would be. The trees are quite loaded, which gives a relatively large quantity of small calibers.”