J. Aurelio García, manager of Explum: "We expect a campaign with more stable prices at the start"

The drop in temperatures at the beginning of April caused an intense blossom drop in plum trees in Extremadura, which will result in the harvest volumes being reduced to various extents, depending on the producing area. The early season production, from mid-June onwards, will likely be significantly lower than last year, especially in Vegas Bajas. 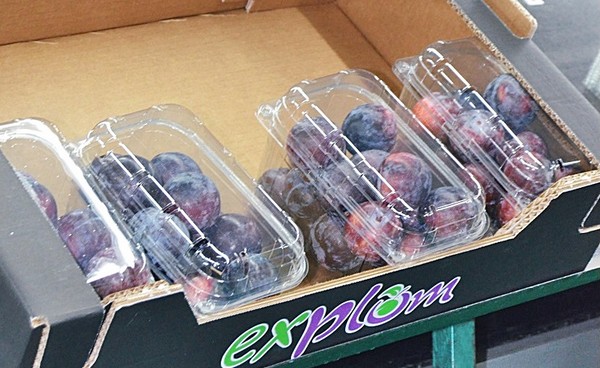 "The blossom drop in plum trees is quite uneven, depending on the area. While some places will have a great production, other plantations will lose between 40 and 50% of it. Overall, there will be lower volumes than last year," says José Aurelio García, manager of the Extremadura-based cooperative Explum.

According to the grower and exporter, the earliest varieties, such as the Black Splendor, have been the most affected by the cold. "The harvest will be significantly lower in the early varieties. The demand is not usually very high at the beginning of the season, so the fact that there will be less supply will make prices more stable and prevent market saturation. It should be recalled that last season was difficult during the months of June and July, with many price fluctuations."

The closure of the Brazilian market was one of the main reasons why the first half of last year's season was complicated. This year, Extremaduran exporters will once again have access to Brazil, a very important market for Spanish black plums; however, with just over a month to go before the start of the season, there are some uncertainties. "The Brazilian Real is highly devalued and importing goods has become quite expensive. Also, coronavirus infections are out of control and the global logistics problems have not been solved yet," says José Aurelio García.

According to Explum's manager, many intermediaries in the sector mentioned the lack of the Brazilian market as an argument to push prices down last year. "This year they won't have this argument, and although we may not be able to ship as much as we'd like to this destination, it will still help prevent saturation in the European market, as the supply will be better distributed, leading to greater benefits for all parties involved in the value chain."

It should be recalled that the stone fruit production area, especially that of plum trees, has been significantly reduced in Extremadura over the last two years, especially last year, with the uprooting of more than 2,000 hectares. "This trend has slowed down quite a bit. Now we are mostly seeing varietal renewal taking place. Obsolete varieties or other newer varieties that have not performed as expected are being replaced by others that do meet the expectations of producers and consumers. The sector is looking for a balance of varieties to avoid production peaks at certain times."

For now, the campaign is starting with a delay of about 15 days compared to last year, when it started unusually early. "We will see how consumers react to this prolonged situation of lockdowns and how the frosts will have affected other producing countries in southern and central Europe. I am optimistic and believe this will be a better year for Spanish plums. There will not be a surplus, but neither will there be a shortage. There will be an ideal supply for a normal demand and we hope that prices will also be fair," says José Aurelio García.