"Despite the continuous climatic changes and the last adverse weather events, with frost and heavy rains, fortunately the damages recorded on stone fruits are minimal. Currently we are in the phenological phase of fruit enlargement for the early cultivars. In fact, the thinning operations are in progress, while for the medium-late cultivars, we are in the phase where the petals of the fertilized flowers are detached. Compared to last year, we expect 30-40% more product. With regard to citrus fruits, we are in the flowering phase and, also in this case, the damages caused by the bad weather are not huge," said Giacomo Russo, sales director of the Producers' Organization Ortocal of Corigliano Calabro, in the Italian province of Cosenza.

"Most of our cooperative's stone fruit plantations are located in the hills, which has allowed us to limit the damage caused by frost. According to the first estimates made on the trees where thinning has already taken place, except for the very early varieties where there is a little more damage, we expect to have a good production. Hoping that the weather improves, we believe that we will be able to start harvesting the first fruit from 10 May onwards." 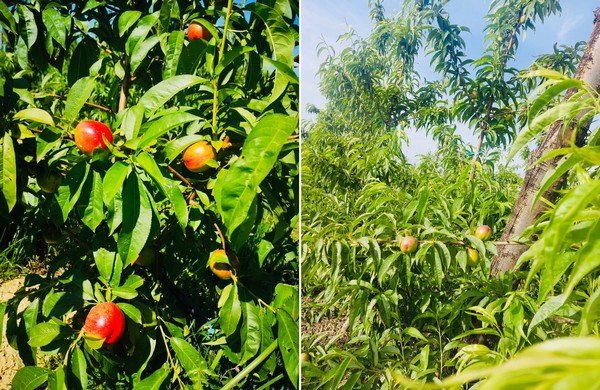 The Op Ortocal cooperative was founded in 2012 to operate in the citrus fruit sector. The affiliated growers' plots, as well as the management, processing and packaging plant are located in the plain of Sibari, in the region of Calabria, one of the best citrus-producing areas in Italy, both in quality and volumes, in particular of early and late clementines.

In 2019, two important entities joined the cooperative, the Gradilone Pasquale company and the Agrifruit cooperative. The former, located in the province of Cosenza, an area particularly suited to fruit trees of early varieties, further increases the already high citrus production and processing capacity of the Op Ortocal cooperative, while Agrifruit, located in the Sibari plain and also owner of a processing plant, specializes not only in citrus, but also in stone fruit management, processing and packaging. 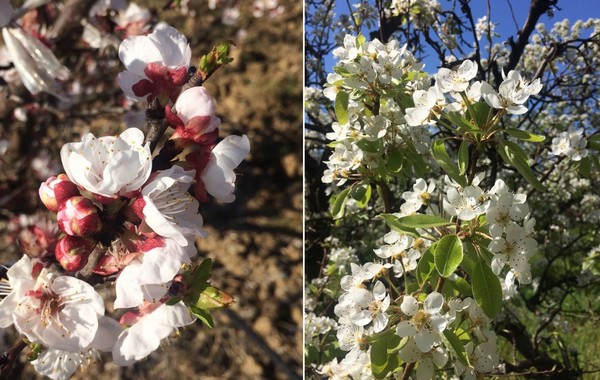 In addition to citrus and stone fruit, the Ortocal growers' organization is investing in the production of Coscia variety pears, asparagus, new varieties of citrus and stone fruit, and for the future aims to grow kiwis. The cooperative has more than 40 growers and has 3 processing plants with a production capacity of more than 20 tons per hour. In terms of cultivated area, they are distinguished as follows:

350 hectares of citrus (clementine, orange and lemon), of early, medium and late varieties; 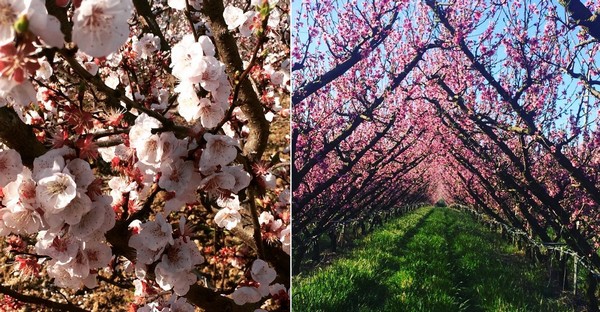 "The ripening phase of peaches, nectarines and Percoca variety peaches starts the first ten days of May and harvesting continues until the end of September. The most commonly used form of cultivation is the Y-shape. The plantations are dense, with frames ranging from 4.5 m x 2.0 m to 3.5 m x 1.0 m and with a number of trees per hectare ranging from 1,100 to 3,000 plants. Potential production ranges from 25 to 60 tons per hectare," continued Russo.

As for apricots, the ripening phase starts the first ten days of June and harvesting continues until the end of July. They are grown in a Y-shape or vase shape, with planting frames ranging from 5.0 m x 3.0 m to 4.5 m x 2.0 m, with a plant density per hectare varying from 660 to 1,100 and a potential production ranging from 20 to 35 tons per hectare.

"The cooperative's current potential production is 1,000 tons for 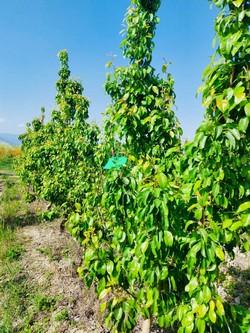 peaches, 1,200 tons for nectarines, 100 tons for apricots, 100 tons for Percoca peaches and 150 tons for Coscia pears (in the photo on the right, provided by Op Ortocal, you can see the current state of the pear trees). The main market is the retail sector, both Italian and foreign. The quantities marketed are expected to be much higher than last year, when, due to fruit set problems, quantities were at least 30% below the production potential," commented Russo.

Giacomo Russo believes that without a consistent and lasting quantitative and qualitative aggregation of products and producers, any intervention program in the sector is likely to be ineffective. "It is necessary to involve in decision-making those actors who have remained so far on the sidelines. The fruit producing sector and large-scale distribution must engage in more dialogue, on equal terms, in order to better face the market. Only a process of integration between competing economic actors, and not enemies, will allow many small producers to be present in the market".