Transformation and economic reform in agriculture are some of the biggest challenges that South Africa face today and that is why the Deciduous Fruit Development Chamber’s commercialization programme, the Jobs Fund Project (JFP), is such a beacon of hope. The JFP recently came to an end and the trials and tribulations were celebrated by all stakeholders at a function that was held at Houwhoek yesterday. Altogether 21 emerging farming entities have reached commercial status through the project.

The JFP has its roots in the humble boompie-projek that was initiated in 2009 by Hortgro and the Western Cape Department of Agriculture (WCDoA) and through which 760 new hectares were planted over a seven-year period. In November 2015, Hortgro recognising the transformation potential of the boompie-projek, collaborated with the WCDoA and the Jobs Fund, to launch the four-year JFP with the aim to graduate a group of smallholder farmers to commercial status by 2020.

Jobs Fund Head Najwah Allie-Edries said that for too long in our history small-holder farmers and emerging farmers have been excluded from the commercial value chain. “Stuck and struggling to survive at the primary production level. Today’s celebrations are about the specific actions that had been taken to change the farming trajectory of farmers that participated in this programme.”

JFP Manager Chrismaine Abrahams, said that the four-year project reached most of its targeted outputs, despite the drought that had a big financial and emotional impact on everyone.

The JFP set out to create whole-farm development with technical and mentorship assistance. In some regards the replacement and establishments of new orchards. Job creation and increased market access to integrate into the whole value chain. 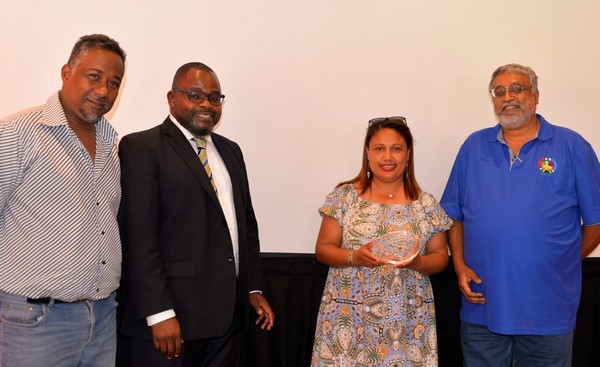 “We are incredibly proud of everyone’s momentous efforts,” Abrahams said. “The actual outcomes speak for itself.”

The JFP’s success is also reflected in the accolades and awards that several of the farmers received over the years.