Spanish melons and watermelons are reaching the markets at an extremely slow pace, overlapping with the latest shipments from Senegal, among other origins. The supply of these products is scarce and prices remain high, driven by a good demand.

“We are still working with melons and watermelons from Senegal, where we have our own productions, just like in Brazil and Spain. We've recently started harvesting watermelons in Almería and only a few days ago we started with the first melons; however, some producers have harvested melons prematurely, trying to take advantage of the good demand and market prices, despite the fact that the product was not yet ripe or had the necessary size. It's something that happens every year,” says Jordi Valle, sales manager for Melón de Autor. "After next week, there will start to be some quality melons." 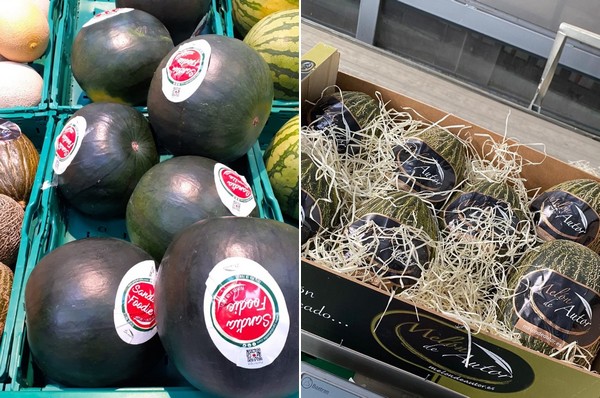 The demand at the moment is higher than the supply, as it has been during the Senegalese season. According to Jordi Valle, prices are still high in the free market because only small volumes are arriving from Senegal, and Almería is just starting.

“The supply in the melon and watermelon market has been rather limited this winter and spring. In Brazil, less was planted due to the uncertainties the came with the pandemic, following 3 or 4 years in which there had been overproduction and money had been lost. Something similar happened in Senegal, which had to deal with excess production and quality problems, so a large part of the production remained in the local market. Moreover, the logistical problems suffered by shipping companies due to lack of space have caused long delays. We even had to bring some items by truck,” he explains.

"Only specialists and brand-oriented firms are supplying melons and watermelons at the moment," says the producer and marketer. “Our work philosophy is incompatible with free market speculation, so we maintain the service with our clients offering as linear a price as possible. For this reason, we work with our own productions in several countries, controlling the varieties we produce, as well as their quality standards. Melons are consolidating as a product that is consumed all year round, and watermelons are on the same path,” he says.

Melón de Autor is gaining ground in the brand-oriented market. It is launching a strong nationwide marketing campaign in the main Spanish retail chains, and has become a sponsor of various tennis tournaments.

“We are happy because we continue to grow and create new lines of work with large distributors. We are on the way to becoming a great melon and watermelon brand, and we are backing that with interesting marketing campaigns,” says Jordi Valle.