As April begins, we enter the Florida blueberry season. Recently, the University of Florida developed and released another tasty blueberry variety.

When Patricio Muñoz developed the newest UF/IFAS variety, he wanted to name the fruit in honor of Alto Straughn, a longtime supporter of UF’s blueberry breeding program. So Muñoz, a UF/IFAS assistant professor of horticultural sciences, called the new cultivar the ‘Sentinel.’

“A sentinel is a watcher or guardian,” said Muñoz. “It is symbolic. We named the blueberry after Alto because he watched and guarded the blueberry breeding program for many years.” 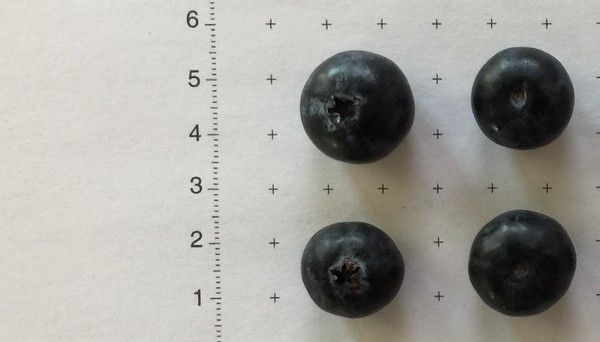 The Sentinel is the newest UF/IFAS blueberry variety named after Alto Straughn, a longtime supporter of UF’/IFAS' blueberry breeding program.

For years, Straughn, an alumnus of the UF/IFAS College of Agricultural and Life Sciences and a former UF/IFAS extension administrator, owned blueberry farms near Waldo, FL northeast of the main UF campus in Gainesville. Now in his 80s, Straughn still meets regularly with the UF/IFAS blueberry breeder.

“Since I arrived at the program, Alto and I have discussed much about blueberries: cultivars, production, packing, marketing and more,” said Muñoz. “Alto has seen the industry from the beginning and I am glad he has shared all that information with me and the blueberry breeding program team.”

Scientists first tested the new UF/IFAS variety on Straughn’s farm in Waldo, and later in fields stretching as far south as Arcadia, FL. “We have determined the best area for its production is the central and northern parts of Florida,” Muñoz said.

Blueberries are about a $60 million-a-year industry in Florida. Florida’s blueberry farmers produce about 10 to 12 million tons annually in Florida, according to the U.S. Department of Agriculture’s National Agricultural Statistics Service.

The ‘Sentinel’ blueberry increases the farmers’ yield for central and northern Florida. It’s a low-chill southern Highbush variety. UF/IFAS breeds southern Highbush blueberries, which are synonymous with low-chill and can be grown in the south, said Muñoz.

It’s a higher quality fruit than previous UF/IFAS cultivars. It also gives the grower fruit at the best market window, Muñoz said. The variety was also tested in multiple flavor panels at UF, and they rated ‘Sentinel’ “high” regarding flavor, Muñoz said.

“Some good things are still happening, including a new blueberry that farmers and consumers will both enjoy,” Muñoz said.