"For cucumber and loose tomato sales, especially, it's vital to reopen the hospitality sector"

The new Dutch greenhouse vegetable season has gotten off to a quiet start. Oxin Growers enters the season with expansions. These are in bell peppers (29 hectares), cucumbers (11 hectares), and vine tomatoes (26 hectares). The cooperative's loose tomatoes acreage has, however, shrunk by 17 hectares. Commercial director Ton van Dalen looks ahead to the coming season.

Bell peppers less sensitive to hospitality sector
"Our bell pepper acreage has grown by 29 hectares. Of this, 24 are red bell peppers. That's thanks to expansions at growers in some parts of the country. Last year was a reasonably good year for bell peppers. That was mainly because it's a less sensitive product that's easy to sell to the retail sector. People were eating at home more. And bell peppers lend themselves perfectly to that. So, sales are in place for the acreage expansion. We're confident about the season. We've had green peppers available for a while now. The first red peppers are now on the market too," begins Ton.

Cucumber: a battle for contracts
For cucumbers, Oxin Growers recorded an 11-hectare expansion. The snow earlier in the year collapsed one of their cucumber greenhouses' roofs. That meant an immediate loss of three hectares. "We sell cucumbers via daily and weekly distribution as well as contracts. We have several contracts in England. This year, however, the United Kingdom is very hesitant. That's because of the COVID-19 issues and the Brexit uncertainty. That makes it quite difficult to close deals there again. But, we can continue with what was under contract last year."

"In contrast to bell peppers, last year we saw that cucumbers are a true hospitality product. That's in addition to being a retail product. So, we hope the Dutch, as well as its neighboring countries', hospitality sectors can reopen soon. In the Netherlands, the cucumber acreage might grow by 40 hectares. That could put pressure on the market. That could be especially challenging for the smaller sizes. Most of these usually go to the UK. We, therefore, hope the vaccination roll-out will mean eateries can reopen, at least at the start of summer. We'll really need those cucumber sales," Ton continues.

Loose tomatoes: switch to vine and smaller sizes
"The same applies to loose tomatoes. We sell most of these to sandwich shops. Last year, supermarkets did take a larger share of these tomatoes. But that doesn't compensate for the volume that normally goes to the hospitality industry. Prices were moderate to poor. So, the cultivation area has decreased this year, with 17 hectares in our case. We, therefore, expect less pressure on the market this season. Prices should also recover." 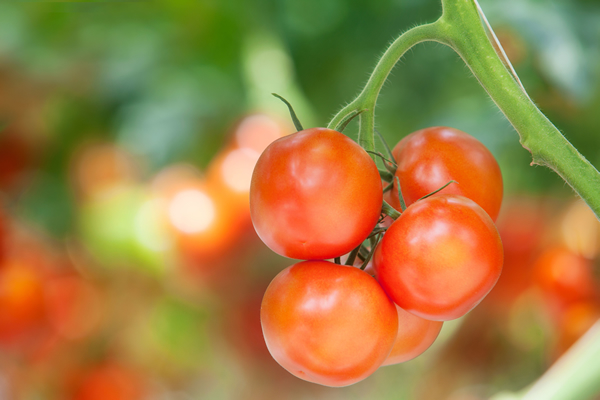 Some of Oxin Growers' loose tomato farmers have switched to TOV. So that segment has grown by 26 hectares. "The advantage of vine tomatoes is that you can use them in different channels. We, therefore, think the market will be able to absorb this increase in acreage", says Ton. "Some TOV producers have switched to the smaller varieties. That demand rises every year, especially from Germany. So the market should certainly be able to deal with this expansion."

Darter draws attention to aubergines
Oxin Growers' aubergine acreage has remained as is. But this acreage has expanded a little in the Netherlands as a whole. "Aubergine prices have been reasonably good. And, thanks to dart player Dirk van Duivenbode, the product is attracting more attention. We hope his efforts to promote aubergines will prove positive for this season again."

"Health has become an important issue in the current market. And aubergines lend themselves perfectly to this transition," explains Van Dalen. Aubergines are good meat substitutes too. So, they'll fit in well with the upcoming Dutch National Meat Free Week. This runs from 11 to 17 March. 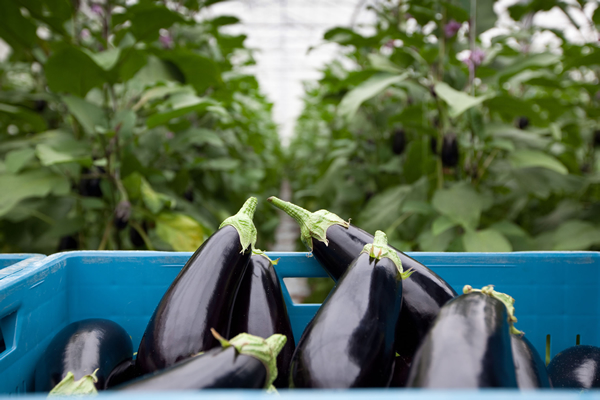 Most of Oxin Growers' greenhouse vegetables are destined for the Netherlands' neighboring countries. "Most of our market is within an 800km radius. Of course, we sell to the United States and Japan, for example, too. But air freight availability and high prices are affecting these exports. There's an increase in exports to the Middle East."

"However, those countries are also making great efforts to become more self-sufficient. So we mainly have to rely on the markets within that 800km arc. Fortunately, a lot of people live in that area. If they all start eating more greenhouse vegetables, we'll be fine, for sure," Ton concludes optimistically.