“The grape losses in Chile are far greater than originally expected”

A month after the rains hit Chile, the estimates of the overall losses have become a bit clearer. Unfortunately, the news isn’t positive. Mark Greenberg of Capespan North America shares: “It seems that the assessment of the tonnage lost is substantially worse than initially thought. I think that in the immediate aftermath of the rain, growers put on their bravest and most optimistic faces as they assessed their damage. Indeed, there had initially been some hope that the later maturing varieties, such as Crimsons, with less sugar development at the time of the rain, would not be so significantly affected.”

These hopes unfortunately did not turn into reality. “This rain was no normal rainfall…It was a drenching rain in many areas. What is more, in the days immediately following the rain, the skies remained overcast and the air quite humid. This provided less than ideal conditions for the fruit to dry quickly and for farmers to get into their fields and apply products to slow the development of fungus. The result is that much of the later harvest has also been destroyed, making the losses far greater than originally thought,” says Greenberg.

The Thompson variety, which was especially susceptible to rain splits and other rain-related damage because they were close to harvest at the time of the rains, still seems to be the most affected variety. 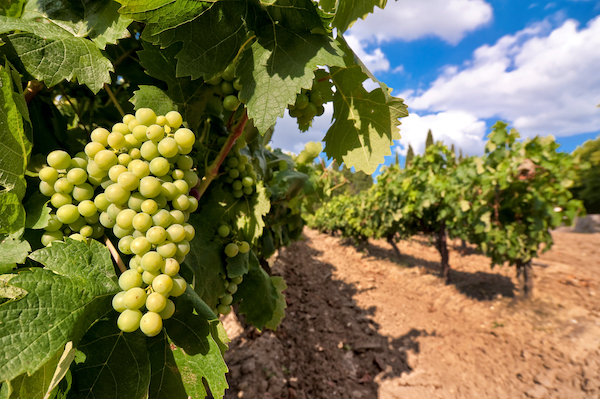 Buyers will be very vigilant on condition
Post-rain fruit is now starting to enter the markets, and there will be a lot of caution from retailers about the quality of the fruit. “The rain on Chile’s grapes is well-known in the market and retailers will be very conscious of receiving post-rain fruit. That fruit will require quick evaluation and efficient movement. Nobody expects the fruit to have the legs to withstand a long wait in storage before getting into distribution,” says Greenberg.

Added to these challenges is the fact that the phyto requirements for Chilean fruit to enter the US isn’t helpful to the fruit’s condition or longevity. Greenberg shares: “While there are ways to provide the fruit with great storage life, it comes at a cost and one needs to be careful to ensure that any such investment actually yields additional value in the market to offset these costs.”

Pricing effects
The pricing will be affected too, though Greenberg says it won’t be as simple as just rising pricing due to lower volumes. “Yes, the laws of supply and demand are operating, and we are seeing some upward price pressure in the US for solid fruit. But much of the fruit that comes into the US and Canada is committed to fixed price programs, which will not generally or quickly be adjusted upward. There will likely also be fruit that doesn’t make it into retail distribution and will rely on secondary distribution channels. That fruit will not obtain high prices,” Greenberg explains.

Due to the effects of the rain, the fruit coming out of Chile will have to move quickly and won’t be suited for long periods of storage. “Sellers will want to move their spot-market inventory quickly and may not be inclined to stall movement by being ultra-aggressive in their pricing. There is going to be woefully little fruit that anyone will want to store,” Greenberg says. “Finally, if retailers consistently see poor arrivals or excessive shrink at the store level, they could become increasingly skeptical and reduce the shelf space they commit to table grapes. This could serve to keep prices lower than they would otherwise be if there were merely a shortage of grapes with no associated rain or other event affecting the fruit,” he adds.

Other origins are wrapping up their seasons
With all these challenges now being associated with the Chilean fruit, North American retailers will likely want to find other origins to amend their supplies. Unfortunately, the two main sources that are currently in production and able to ship to North America are wrapping up their seasons now. “Peru is in the last semester of its shipping season and has already committed much of its fruit to the US. The South African table grape harvest is also in its final phase with the last fruit from the Western Cape being harvested, so the opportunities for any substantially increased loadings is limited,” says Greenberg.