The consumption of fresh fruits and vegetables in Spain has recorded a considerable increase since the start of the pandemic. According to the latest data from the Food Consumption Panel of the Ministry of Agriculture, Fisheries and Food for the month of November 2020, it has grown by more than 10% compared to the same period in 2019. These figures show the growing interest of Spanish consumers in the consumption of healthy foods.

However, there is a vegetable that, regardless of the current situation, has experienced exceptional growth in the last decade: broccoli. Its consumption in Spain has increased by 900%, from 200 grams per capita in 2010 to the current 2 kg, according to data from the +Brócoli association. 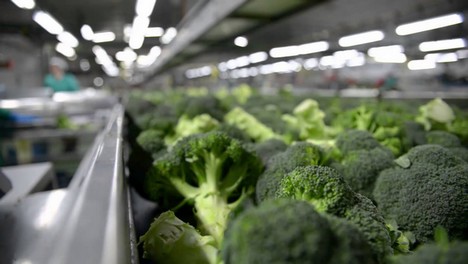 "Broccoli is trendy," says Jesús Abenza, commercial director of the Murcian cooperative Alimer. “There is high consumption across Europe. Eastern countries such as Hungary, Romania, the Czech Republic or Slovakia are also consuming a lot of it,” he says. "We had though that broccoli consumption may have been peaking, but now we see there is still room for growth."

Jesús says that thanks to the work of the Spanish sector, coupled with some intense promotional activities, it has been possible to offer a continuous, quality supply to the European market throughout the year. “Broccoli has established itself not as a seasonal product, but as a basic one, which is why we have been offering it all year round for years. To achieve this, we have diversified our production areas by setting up new crops within 120-130 km of our central warehouse, but in very different microclimates. We are able to produce broccoli at 50 m above sea level and at 1,100 meters. This allows us to provide both national and international customers with the year-round supply that they demand”.

This first grade cooperative, based in Lorca, the largest in the Region of Murcia, produces about 50 million kilos per year from seedlings from its own nursery, which makes Alimer one of the largest producers of this vegetable in Europe. "The varieties that we plant also allow us to have a very good supply and quality at all times," says Jesús. "However, the weather always plays a big part in this, and that variable is increasingly out of control."

The fact is that climatic fluctuations have brought additional challenges this campaign. After a relatively warm end of the year in the months of November and December, there was an exceptional cold wave at the beginning of January that limited the supply for several weeks. This has been followed by weeks of very mild weather for the time of the year. “Around this time in other years, we've dealt with severe frosts, and we shouldn't forget that there is generally still a risk of frost until the beginning of March. For example, in Italy, there has been a drastic drop in temperatures and I don't know if that will happen here, too. Given these factors, we work with very short-term forecasts”.

Organic broccoli
Organic broccoli plays an increasingly important role for Alimer. The product is available between November and the end of May, guaranteeing the supply to its destination markets in the months when they do not have their own production.

“Our organic production amounts to over 4 million kilos. Right now it represents around 8-9% of the total broccoli production, but our goal is to continue growing until we reach between 15 and 20%,” says the commercial director.