Sweet potato volumes are usually lower on the fresh produce markets of South Africa; this year it is lower than usual. Last week AMTrends reported that available volumes on the market had more than halved compared to a year ago while prices rose by 87%.

A Johannesburg market agent says they are currently supplied by a single producer from the northern parts of Limpopo. Most producers from Vivo and Alldays as well as around Brits in the Northwest Province do not harvest high volumes during December, January and February. By the month of May sweet potato volumes usually strongly increase. 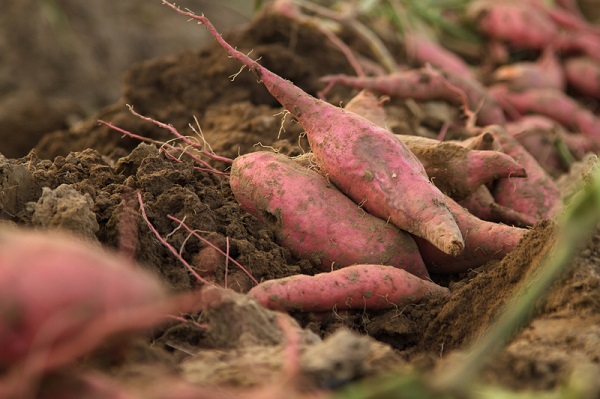 South Africans still prefer the white-fleshed Blesbok sweet potato with its pinkish-purple skin. Orange-fleshed sweet potato like Beauregard is available at some retailers; it is mostly grown by sweet potato producers for export.

The advantage of the Blesbok cultivar is that it crops soon after planting.

It has been a volatile sweet potato season. The cold winter and frost reduced the volumes to the market, and by the end of September very limited sweet potato volumes led to an 139% increase in the potato price to R7.42 (0.41 euro) /kg. Last week's price was higher still, at R8.46 (0.47 euro) per kilogram, while a sweet potato trader reckons the average price as high as R15 (0.83 euro) per kilogram at the moment.