On December 9, the mayor of Barcelona, Ada Colau, was in Mercabarna to inaugurate the Biomarket, the first wholesale market for fresh organic food in Spain and also the largest in Europe in terms of concentration of fruit and vegetable companies. The event was also attended by the president of Mercasa, José Ramón Sempere; the General Director of Commerce of the Catalan Government, Muntsa Vilalta, and the president of Mercabarna, Montserrat Ballarín. 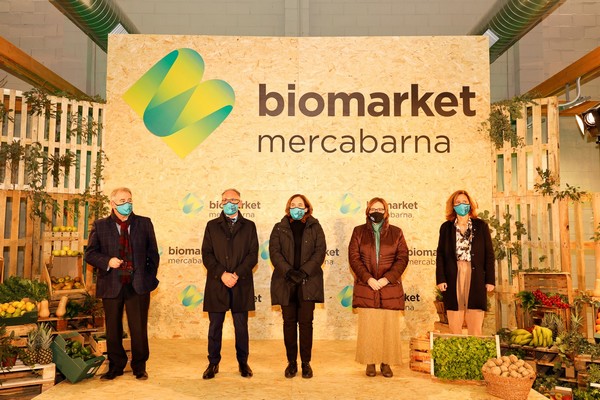 The objective of this market is to meet the growing demand for organic food by the citizens of Catalonia, and also to support the city's commitment to a fairer, healthier and more sustainable food model. In fact, in 2021, Barcelona will become the World Capital of Sustainable Food.

Along these lines, Ada Colau said that "the Biomarket will help turn local organic foods into less of a luxury and make them more accessible to the public through municipal markets, retail stores and restaurants."

For his part, José Ramón Sempere, said that more and more citizens are betting on organic food, and that "with the current health crisis, consumers have become more sensitive to healthy and sustainable eating." 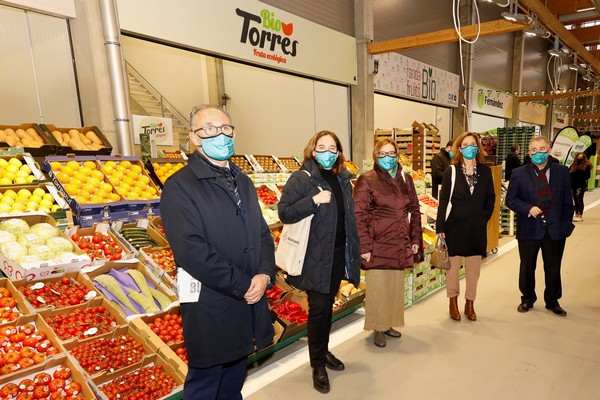 Muntsa Vilalta added that "the values ​​of organic production are fully in line with the philosophy of the Government of Catalonia's business model: trust, proximity, customer experience support and conveying a philosophy of life."

Lastly, Montserrat Ballarín said that, "with the Biomarket, municipal markets, food stores and restaurants will have access to a great organic supply and be able to adapt to the new food trends."

The new market has an area of ​​8,900 m². The building has been designed to reduce energy consumption as much as possible, using renewable energy sources and passive air conditioning elements. The total investment made in its construction amounts to 5 million Euro.

The Biomarket has 21 points of sale operated by 11 companies and has a space for agricultural cooperatives and another for small local producers.