Autumn in here. So, it's time for mushrooms, pumpkins, and, naturally, Brussels sprouts. How are things developing in that sector? Is there a growing demand for these little green cabbages? They used to be bitter, but are becoming more palatable, thanks to further development. 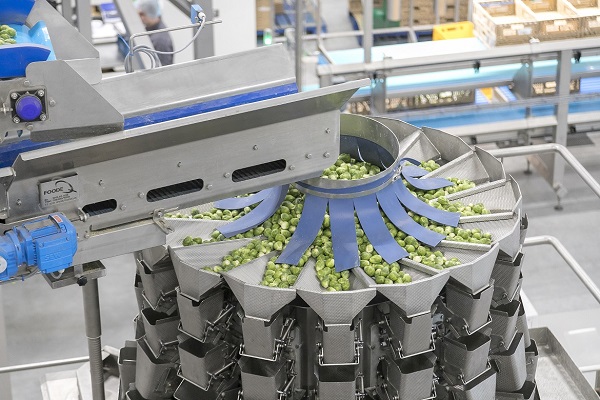 The Dutch company, Van Oers United, exports this product throughout Europe. "You can find our Brussels sprouts from Norway to Spain and Italy to Ireland. Germany is our most important sales market. It takes the largest quantities and accounts for 60% of the total Brussels sprouts exports from the Netherlands," says Bert van der Beek of Van Oers United.

"We mainly select B grade (between 30 and 40 mm) for the export market. We prefer the smaller A grades (23 to 30 mm) for the Dutch and frozen sprouts markets. Growers focus more on the B grade products. These give the best weight yield per hectare. So, they can achieve the highest yield. Unless, of course, they're growing for a specific market, such as the frozen food sector."

Varieties and cultivation
This year, there's been further acreage expansion in both the Netherlands and Belgium. "In Belgium, especially, there's a greater demand from the frozen sprouts sector. There's also a slight expansion in the Netherlands. That's mainly due to the good seasons we've had. Then farmers decide to plant a few more hectares. But, there are fewer Brussels sprout growers than ten years ago," says Bert. 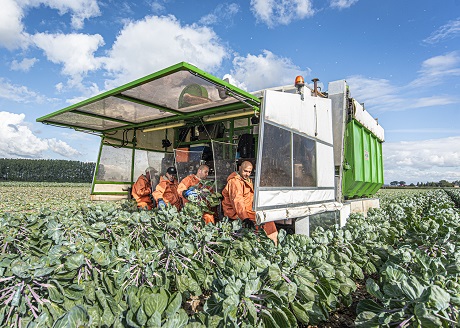 "That's primarily because, in recent years, cultivation's become more professional. Many smaller companies could no longer afford new machines and techniques. The scale on which they were growing these sprouts was too small. So, they stopped. Now there's expansion among the remaining farmers. But new growers have also entered the Brussels Sprout growing business."

Abacus, Stedia, and Albarus are the top Dutch Brussels Sprout varieties. "These sprouts are already much more palatable than the old varieties which tasted bitter. That's why people used to talk about 'One night's frost for Brussels sprouts before they taste good. The night frost is said to make the sprouts taste a little sweeter. That's, however, a persistent myth among consumers," continues Van der Beek.

"There aren't only different green Brussels sprouts; there are also niche products such as purple sprouts and Kalettes (see inset). Van Oers United tried that for several years, but that market didn't get off the ground very well. It was hip, hot, and a hype for a short time. But, unknown still means unloved. Another factor is that it's tough to organize such a niche product on the scale we farm. That's why we quit."

"The regular Brussel sprouts' cultivation season is beginning earlier and ending later. Van Oers United also grows sprouts in overseas locations. So, we can offer fresh sprouts year-round. We have this tasty vegetable on the market throughout the year. In the summer, demand is at a different level than in the autumn and winter," adds Bert. 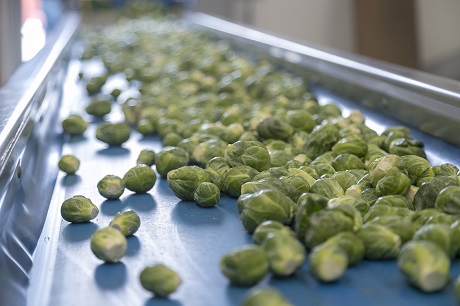 Year-round
Van Oers United supplies fresh Brussels sprouts to the European market year-round. From March onwards, they do so with their own crops in Morocco. "The Dutch season ends around March; then we start harvesting in Morocco. The Moroccan sprouts are mainly consumed in England. English people love Brussels sprouts and have the highest per capita consumption in Europe. We're anxious about our exports to the UK. Especially given the upcoming Brexit. We're wondering how the relations between the EU and the UK will be on 1 January 2021."

Besides the Dutch cultivation, the main competition comes from local growers throughout Europe. "Local crops have priority over Dutch sprouts during the season, especially in Germany, France, and Switzerland. That's related to the local-for-local trend that's cropping up everywhere. Cultivation companies abroad are also growing in terms of area, when it comes to Brussels sprouts," Bert explains.

Packaging
The more sustainable package trend is present with Brussel sprouts too. But, Bert's also noticed a trend toward less content. "For example, at German retailers, we saw 750g to 1kg packs. In England, it's cleaned sprouts of between 200 and 250g. Several Dutch retailers often have varying types of packaging for different target groups. That includes different sizes of Brussels sprout packs. For now, the sprouts are still packaged in flow packs. The challenge now is to develop the much-demanded sustainable packaging."

Labor
That's, however, not the only challenge facing the sector. Brussels Sprouts have to be grown using fewer substances. And labor is also a challenge. "Sprout farming is labor-intensive, and workers will become scarcer in the coming years. That's why the sector will have to move towards automatic harvesting and planting. There is a lot of progress in optical sprout sorting too," concludes Bert.