"So far the current cauliflower campaign seems to be more profitable than the previous one. Although this campaign has started a bit slow, because of the lack of the product in the north and south of Italy due to the high summer temperatures recorded until mid-September, the prices and the consumption have remained low. However, in the last fifteen days quotations have increased". This is according to Antonio Strollo of AlfaFrutta, a company of Piana del Sele, in the province of Salerno.

"Compared with the previous year, prices have increased by 0.30-0.40 euro/kg - he continued - This week we expect a drop in prices due to a greater presence of product on the national market. To date, this campaign is giving us some extra satisfaction compared to the last one". 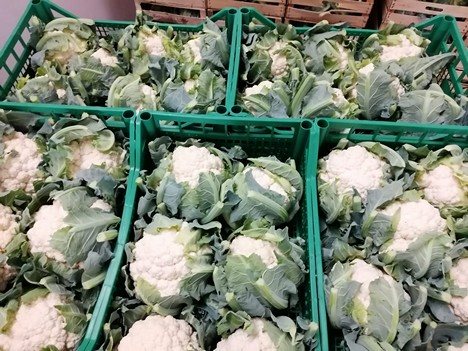 "Currently, both summer and winter cauliflowers are available on the national market. Many of these are grown in Avezzano and some others in Piana del Sele, where winter varieties are most preferred. During this time we also received our first requests from abroad, especially from Germany and Hungary, but unfortunately, due to the scarce quantities available, we could not meet their requests." 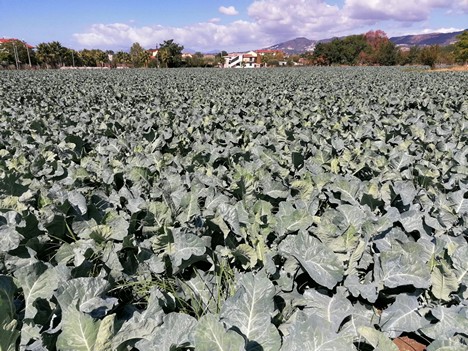 The demand changes according to the markets. Italy has a demand for fresh or filmed cauliflower, while 7-piece pack crowned cauliflowers are more appreciated by European markets. 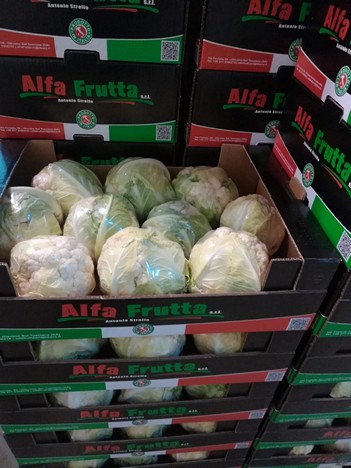 out in a scalar and regular way. This campaign promises to be more or less the same quantities as last year, on a national scale. From December we'll have available the first Romanesque cabbages".

"In terms of quality, the product is homogeneous, with an intense white color. It's a pity that the torrid summer temperatures have delayed the ripening of the cabbages for a few weeks and therefore their campaign, negatively affected the calibers, to the point that we currently are processing 9/10 pieces in the 40x60 carton. Starting next week we will ensure a greater continuity of goods, in view of a more suitable climate for the growth and maturation of cauliflowers."