The 7th edition of Agri Kiwi Expo was held in Cisterna di Latina on September 12th-13th. The event focused a lot on kiwifruit vine decline, featured 65 stands (+20%) and boasted peaks of over 900 accesses during both days. 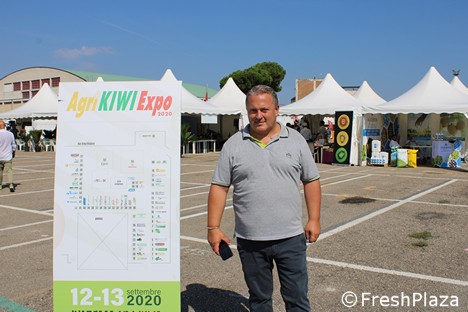 "Our mission ever since the first edition has been to promote our territory and kiwifruit production," explains Vittorio Sambucci (in the photo above), organizer of Agri Kiwi Expo.

"This year, there was a lot of talk about kiwifruit vine decline, as it is spreading to other Italian regions. Some exhibitors are carrying out tests to find new strategies to deal with the problem."

"Companies working on innovations in the irrigation sector also attended the event. I would like to thank everyone who took part (exhibitors, visitors, speakers and administrations)." 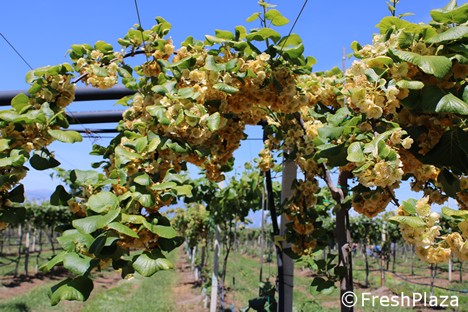 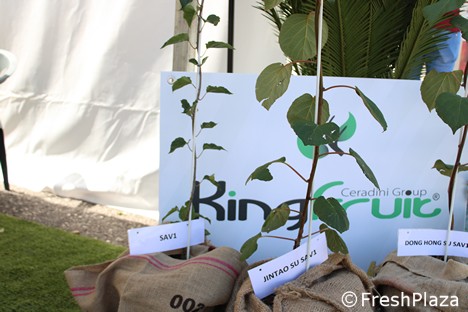 Agronomist Alessandro Terron from Ceradini Group confirms: "The SAV1 rootstock has the best tolerance to vine decline. Grafted plants will be available as of next year for nurseries, while growers will have to wait 2022 to be able to purchase the plants directly from us. We have already sold around 100 thousand plants. SAV1 adapts well to all kiwifruit varieties on the market." 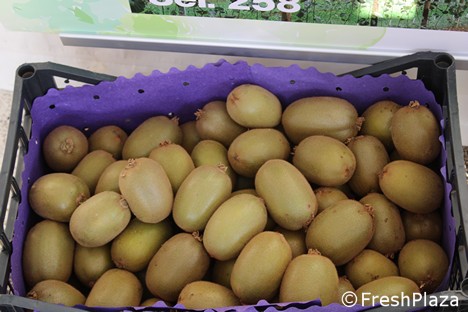 Actinidia arguta, i.e. baby kiwis, were also showcased and small volumes are already being produced by various POs. It is a niche product, but it has great potential. 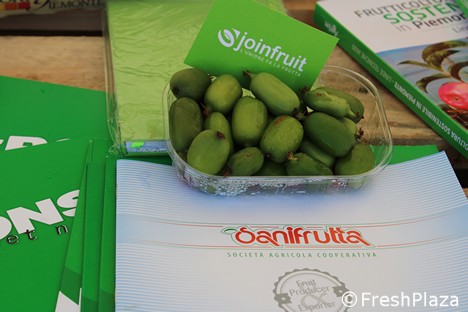 Actinidia arguta by the Joinfruit PO - Click here for the photo report!

Considering its effects on an economic and social level, the government has also become involved. MP Calandrini explained that "we must work on a solution and set up funds to hasten experimentation." 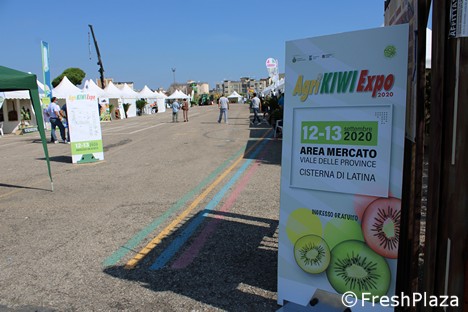 What is more, in addition to agricultural machines, a few innovations dealing with soil problems triggering vine decline were also presented. Romani Alberto showcased a machine that turns over the soil injecting oxygen into it. In addition, they are studying the possibility of injecting liquid biostimulants and mychorriza. Owner Elvio Romani reports that "a similar system was used in France and results were interesting." 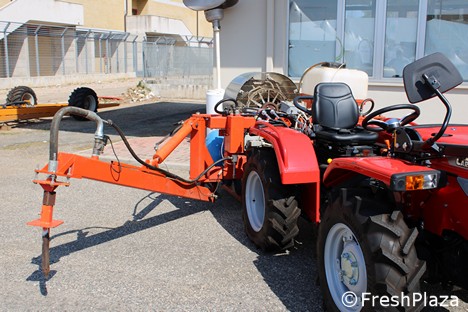 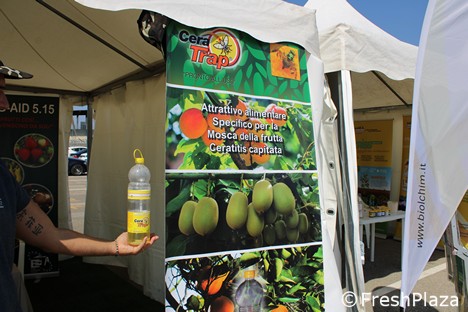 "It has definitely been a positive event and it attracted a lot of interest. It is the first fair with a full attendance for a long time, and it was a pleasure to see our clients and colleagues again," concluded Dennis Magalotti from Vivai Magalotti Quarto.