Comboyne Avocados Managing Director Kevin Debreceny says overall volumes are reasonable; and while current yield projections do not quite match the best harvest to date in 2018, it is shaping up to be a "good solid year". In addition, the company is diversifying and expanding into the market under its own 'Comboyne Avocados' brand, with a portion of the net output to be distributed by a well-established produce agent.

"Our 2020 harvest is looking very promising - we’re off to a strong start," Mr Debreceny said. "The quality we’re seeing can be attributed to our year-round orchard management as well as a stroke of good fortune, with regards to the relief of rain that broke the drought in January/February earlier this year. In terms of sizing, the fruit is fractionally down on previous years. Thankfully the rain events earlier this year allowed the fruit to fill, producing a crop that we otherwise couldn’t have foreseen during the latter part of 2019. 20-30 per cent of total numbers are smaller than normal but this drawback is offset by the increasing retail demand for multi-packs of smaller avocados." 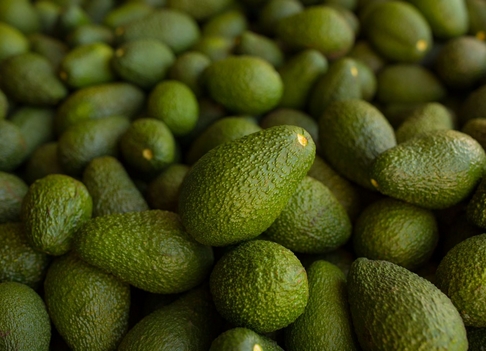 The harvest window typically runs from August to November, as Queensland winds down and overlaps with Western Australia then New Zealand shortly after. This year Comboyne Avocados commenced picking a little earlier than anticipated, as the required (23 per cent) oil content peaked earlier than previous years.

Mr Debreceny says this season is coming off the back of some unprecedented weather conditions in 2019, in which Comboyne Avocados suffered through the worst drought conditions that the district - and most of the country had ever experienced.

"My great grandfather selected the farm in 1904, and last year was the driest year since our rainfall records began 114 years ago," he explained. "In fact, as an indication of the severity of the conditions, 2019 received 43 per cent less rain than the year that had previously held the record for the lowest annual rainfall. The fruit is set by October, and it was from this time through to December which was an extraordinarily dry period. We were unable to irrigate from mid-November to December and received no relief until the rain events in January and February. Thankfully we had maintained excellent tree health in the years leading up to the drought and they were able to sustain themselves, and we did not suffer any large-scale fruit drop as a result of the dry; any longer however and it would have been dire. In addition to the drought, our fruit set was affected by a hail storm in September despite good flowering initially. Some blocks in our orchard fared worse than others, and this did affect the yield for the current season." 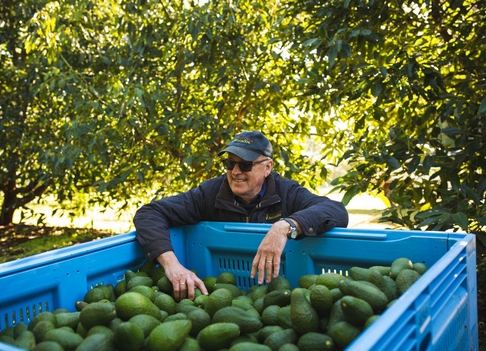 The quality from the 2020 harvest surpasses all previous crops, according to Mr Debreceny, which he credits to years of rigorous integrated orchard management and the accumulative effect it has on optimising tree health.

"Best practice is followed with regards to spray and irrigation programmes, as well as regular soil and leaf analysis," Mr Debreceny said. "Likewise, we maintain excellent orchard hygiene with pruning, mulching and insect control. Our most recent plantings, although not yet in their prime production years, have begun to boost our overall output, which will also help to help counteract any effect on volume resulting from the hail damage in September 2019."

Family-owned and operated, Comboyne Avocados was established in 2000 and is run by Kevin & Robyn Debreceny, together with their daughters on the Mid-North Coast of New South Wales. The farm was first selected by Kevin’s great grandfather in 1904; during its 116-year long history, it has operated as a dairy farm, then later a large-scale potato farm as well as running beef cattle. It is now a 51-hectare avocado farm, with 6,000 trees, primarily producing the Hass variety, as well as some of the less known variety, Lamb Hass.

Comboyne Avocados have appointed Costa Group to process and pack the majority of their crop, which is then marketed under their banner with major distribution to Woolworths, Coles and Aldi throughout Australia, as well as produce markets in capital cities.

"(Our own brand) is due to commence in the next couple of weeks and we’re excited to break into the Sydney market to offer our supply from what is considered one of the state’s premier avocado producing regions," Mr Debreceny said. "In terms of market conditions, there had been industry concerns that COVID-19 and the resultant food service restrictions would affect first and second-grade fruit. However, the demand for premium fruit is unwavering and our pack-out rates are such that we have been largely unaffected." 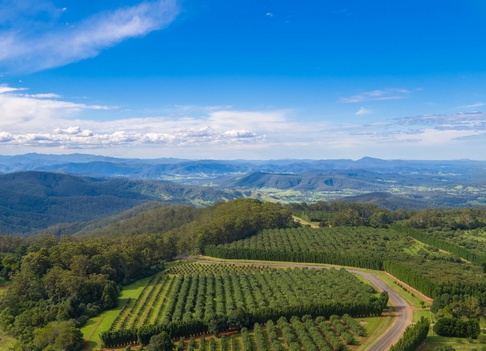 According to Infocado, an Avocados Australia analysis, forecasts indicate the industry will continue to enjoy the further expansion and sustained consumer demand. Australian production is forecast to increase strongly over the next few years, with about 115,000 tonnes per annum expected to be produced by 2025. Mr Debreceny added that Australian demand and consumer appetite for avocados is stronger than ever.

"The extraordinary rise of the avocado can be largely attributed to its status as a nutritional powerhouse and in particular, it’s versatility in both savoury and sweet dishes," he said. "From smoothies, salads, sandwiches and everything in between, it can be enjoyed at any time of the day, no matter what the season; even as the weather cools, it’s perfectly paired with Mexican fare or can be served as an accompaniment to freshen up winter warmers. Its’ creaminess and unique texture also lend itself to sweet treats such as mousse, ice cream, cakes and “raw desserts”. Our peak body ‘Avocados Australia’ has also played an enormous role in fostering the growth and ongoing development of our industry. This has been achieved through ongoing marketing campaigns that drive awareness of health benefits; educating consumers on selection, care and ripening; as well as delivering inspiration and purchase reminders."