Supplies of Ontario peaches and plums are currently steady.

“The volume is down over last year. But last year was a record crop so it may be closer to an average crop this year,” says David Hipple of Hipple Farms Ltd. in Beamsville, ON. “It’s a little less than we thought because we had an early frost and hail in the spring.”

That said, Hipple notes with the smaller crop on the trees, the size of the fruit is ample and the recent hot and dry temperatures mean the quality is strong.

“Harvest started earlier than last year, in the third week of July—we’re probably a few days early on the norm with all the hot weather,” says Hipple, who notes production usually goes until mid-September. “But if it stays hot, we’re gaining half a day or a day every week, so it might be closer to after Labor Day when the supplies dwindle. There’ll be some peaches with the late varieties into September.” 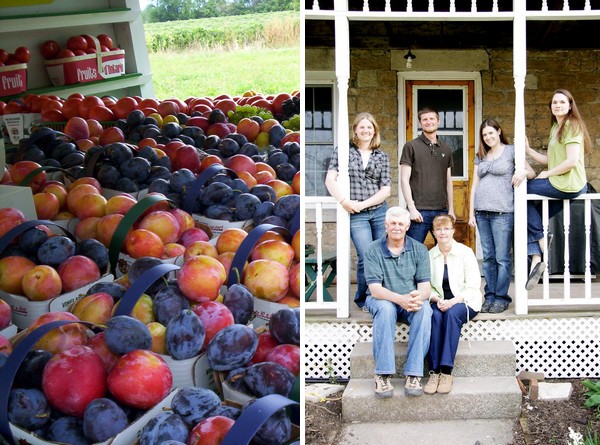 Hipple Farms is a family-owned company.

Labor challenges
Along with the weather challenges in the spring, accessing skilled workers has also been an issue for Hipple Farms and other Ontario growers. “It worked out though. Our first batch of workers, following arrival and quarantining, arrived a month late,” he says. “If we’d been early this season, the season would have been a write off.”

As for demand, Hipple says it’s solid. “I think everyone’s trying to buy local and buy fresh product. Maybe they’re not able to go out to the farms directly this year but the grocery store movement has been very good,” he says.

All of this means pricing is up slightly over last year. “That’s due to the added costs of things such as personal protective equipment (PPE) and distancing—you can’t run your crews as efficiently with physical distancing for example,” he says.

Looking ahead, Hipple sees continued steady production. “Some of the later varieties are a little lighter so our company might end production a little sooner,” he says.